Northern Ireland health minister Edwin Poots has hinted that free prescriptions could come to an end as part of efforts to address a £177 million shortfall. 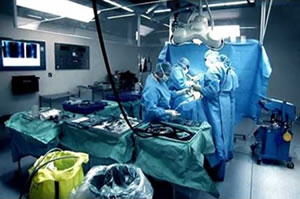 Just over a year since they were first introduced, DUP health minister Edwin Poots has hinted free prescriptions in Northern Ireland could come to an end as part of efforts to address what he identifies as a £177 million shortfall being faced by his department. It a frank interview with the Belfast Telegraph on Saturday, Poots suggested bringing free prescriptions to an end would enable health bosses to cover the cost of life-saving cancer drugs.

He also hinted at cutting the drugs currently available on prescription to ease the suffering of people with cancer, Cystic Fibrosis, arthritis, Crohn’s disease and colitis.

In what was his first detailed interview since taking the post after May’s elections, the minister argued:

“I want to look at the types of drugs on prescription, painkillers can be bought for a few  pence and we are paying pharmacists to dispense those on prescription. It does not stack up.

“I have a challenge in terms of drugs in that we are currently short of funding to buy NICE approved drugs, such as anti TNF drugs that are good at treating people with arthritis.”

He continued by warning that jobs are likely to be under threat in order to address the remaining £80 million needed to plug the £177 million gap in the health budget.

“We have about a £177m shortfall this year and we have identified about £100m of savings that will probably not be overly painful to bear and we are working on the other £80m.

“In terms of job losses, we will have less jobs in the department and that will probably run into thousands but we will not be having thousands of compulsory redundancies.”

His comments come after suggestions he is preparing to cut the number of nursing training posts and that acute services face changes as a result of them becoming, Poots argues, spread too thinly across Northern Ireland.

Meanwhile, as the UK government faces ongoing difficulties with its flagship Health Bill, Edwin Poots appears to have caught Andrew Lanseley’s zeal for reform, telling the Newsletter on Friday:

“What I would say very clearly is that, irrespective of the money, as the health service is currently set up, it’s unsustainable.

“It’s unsustainable in terms of the number of consultants and doctors in particular, if we’re going to have [hospital] sites across Northern Ireland. It’s unsustainable just to continue just to seek more money to treat people who have illnesses and treat them in a hospital environment whenever they shouldn’t be in a hospital environment in the first instance.

“And it’s unsustainable if we don’t actually carry out more actions on the preventative side and I want to dedicate greater resources to public health awareness.”

His remarks are likely to stoke tensions within the coalition at Stormont, with the UUP’s Michael McGimpsey, health minister before the election, having previously threatened to resign over cuts imposed on his department by finance minister Sammy Wilson – cuts which McGimpsey argued filled him with “dread” over the likely consequences on the health service.