Holding the government to account and exposing bad policies is what opposition is about; poor Gavin Shuker MP has to do this for DEFRA, so never has a quiet day. 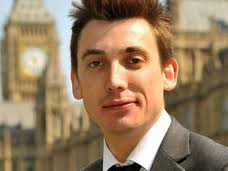 Last month on Left Foot Forward I detailed the incredible depths of the Department for Environment, Food and Rural Affairs’ (DEFRA) incompetence; and their bizarre refusal to ban the use of wild animals in circuses, despite sound evidence and significant public support for a ban.

Last week the Westminster Hall debate led by my colleague Rob Flello enabled MPs from five separate parties to demonstrate their support for a ban. Numerous Liberal Democrats and Conservatives openly criticised the government, including the indefatigably independent Zac Goldsmith.

The Backbench Business Committee debate next week, secured in another cross-party endeavour by Mark Pritchard, secretary of the influential Tory backbench 1922 Committee, will allow even more MPs to expose this government’s DEFRA team. Their incompetence, dither and delay has become the stuff of legend, with numerous commentators asking whether the Department for the Environment is in special measures.

Critically, the debate next week will go to a vote, and with the weakness of the government’s arguments laid bare, there is every chance that they will be dealt an embarrassing defeat. The situation is reminiscent of the debate over prisoner voting, where MPs overwhelmingly demonstrated their concern about the government’s position.

In that case, the European Court of Human Rights had made a judgement. In this situation, to remind you, the government began by saying they couldn’t act due to an ongoing court case in Austria, before admitting (without apology) that there was no such action; just a conversation with circus lawyers who were “developing” a case.

And how has Europe responded to the government’s claims that the European Service Directive makes a ban illegal? The commission, responsible for the enforcement of the directive, described them as “interesting”, with a reminder that “there are of course valid reasons for the exceptions to the rules and restrictions are allowed”. It is far from a ringing endorsement of the government’s position.

In fact it is hard to find anyone supporting the government’s ‘strict licensing regime’, save the circuses themselves, who confirmed that they have been pushing for such regulations for 20 years, and the measure may even “see some circuses return to using animals”. It’s another spectacular policy that carries all the hallmarks of this DEFRA team.

The Scottish government are pursuing a ban, and animal welfare organisations universally agree with that approach. The RSPCA highlight scientific evidence confirming the incompatibility of wild animals with travelling circuses, whilst Animal Defenders International (ADI) has received advice confirming the legality of a ban.

So the legal advice received by ADI and the last Labour government validates a ban. The present government was set to proceed likewise before the prime minister intervened. Clearly the legal case cannot be overwhelming, and the government have refused to publish their advice. What are they trying to hide?

Opposition is about holding the government to account and exposing shambolic policies. With Caroline Spelman, Jim Paice and Richard Benyon at the helm, those of us charged with doing it could be forgiven for wanting a quiet day at the office once in a while.

The DEFRA B-team should get their U-turn in early, before the commons forces one upon them.