Isn't it odd that every Big Society re-launch by David Cameron appears to be accompanied by another dozen charities going under? Dominc Browne investigates. 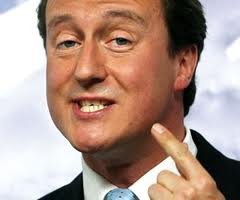 Isn’t it odd that every Big Society re-launch by David Cameron appears to be accompanied by another dozen charities going under?

“The total number of registered charities operating in the UK fell by more than 1,600 in the coalition’s first year.”

David Cameron had pledged to encourage more volunteering and more charitable giving as part of his Big Society mission. His interventions have had very little effect.

Left Foot Forward have previously reported on the disastrous effects Cameron’s government’s cuts have had on the voluntary sector. This regularly updated document details the direct effect the cuts are having on this key plank of the Big Society project.

“A commission spokeswoman said the number of charities on the register generally remained constant each year.”

Some of this has been due to charities merging with each other. The Charity Commission reported a “150% increase in the number of cases its mergers unit has dealt with since 2009, driven in part by charities adapting to straitened economic circumstances”.

This may result in a contraction of the work done by the merged charities.

Martin Brookes, of New Philanthropy Capital, is quoted by the Guardian as suggesting that mergers only happen in dire circumstances to balance the books in the charity sector, and were likely to have a detrimental impact:

“Already this year, we have seen the youth charity Fairbridge, an organisation once praised by David Cameron, being swallowed up by the Prince’s Trust, a development which should worry anyone who cares about its valuable work.”

The charity sector was showing signs of recovery following the recession. Accounts covering 2010 and some of 2009 “showed charitable incomes were beginning to recover from the hit many had taken during the depths of the recession, with an average above-inflation rise of 6.8%”.

“One in four charities’ incomes were already experiencing a year-on-year fall before the budget cuts, with voluntary donations experiencing a particular squeeze. They fell from an average of 35% of total income to 32.5%, making the sector more reliant on income from endowments and public sector grants, and leaving it especially vulnerable to cuts.”

So with voluntary donations struggling, presumably due in part to the fall in living standards in the aftermath of the recession, this Big Society committed government has not done enough to stem the tide. In fact, knowing how vulnerable the sector is, they have ploughed ahead with the cuts.

The other big problem facing the charities is generational:

This could be an area for Cameron to work on however after abolishing of EMA and the raising of tuition fees, it is not likely that young people will feel particularly willing, or able, to find the time and money to help staunch the charities’ funding and volunteering wounds.

Despite crime and child poverty going down under the last government David Cameron gained a surprising amount of traction with his message of a “Broken Britain”. Of course it would have been too miserable, too… Daily Mail, without the soothing balm of the Big Society as a “solution”.

Over a year later, growth is stalled, and the young are disillusioned, so that rules out hope, and now we have the news that charity is breaking under the strain. Faith appears to be all that is left of this Big Society project.

18 Responses to “As Cameron talks up the Big Society, it’s crashing down”