The coalition are starting to pray the price for making unrealistic promises on immigration and asylum, Ruth Grove-White explains 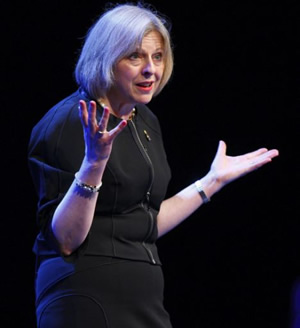 Today’s explosive media coverage about an apparent ongoing ‘amnesty’ of asylum seekers with long-standing applications is largely missing the point.

The furore is based on the recent report of the Home Affairs Select Committee (HASC) into the work of the UK Border Agency (UKBA). Among other issues, the report reviews UKBA progress in clearing the backlog of up to 450,000 unresolved asylum applications, many which have been gathering dust in UKBA offices since the late 1990s.

It finds that the government is at last on track to resolve these cases by the target date of summer 2011. Progress, however, has been made by UKBA caseworkers increasingly granting people permission to stay. Forty per cent of applications thus far have been granted leave to remain, and just 9% of applicants have been removed from the UK. Others have left voluntarily or are now untraceable.

HASC concluded that “in practice an amnesty has taken place”. But there are three reasons why we should be looking beyond this conclusion:

Coverage of the ‘amnesty’ that has supposedly taken place is distorting the facts. An ‘amnesty’ is defined as a measure which resolves the status of people who are unlawfully residing in a country. But the asylum legacy cases refer to people who entered the UK, legitimately lodged an asylum claim, and then simply didn’t receive an answer from the Home Office. Some files have been lost, others refer to people who, ten years later, cannot be traced by the UKBA. If giving some of these people permission to stay in the UK must be described as an ‘amnesty’, then we should be clear that this has only been necessary because of failures of the immigration system itself.

2. Measures to resolve past injustices should be an accepted part of our immigration system

As reported by the HASC, the backlog of asylum cases includes people who have been waiting for up to twenty years for an answer on their asylum claim. Some of them have married and have had children here during this time, most will now be settled members of local communities, despite the insecurity of their situation. In general, it is only right that our immigration system should lean towards granting people status when they have been let down by past government failures. This principle should be applied to other groups of migrants also let down by the immigration system, such as the migrant senior care workers who were caught out by rule changes and now find themselves in legal limbo.

3. This shows once again that governments should stop over-promising and under-delivering on immigration management

The HASC also reports that a new backlog of unresolved asylum cases is growing. According to the Independent Chief Inspector of the UKBA, John Vine, new Home Office targets aiming to resolve 90% of all asylum cases within six months cannot be met. The public has also been promised major cuts in net migration levels, which it is very unlikely the government will deliver on. Let’s get real here: our government’s capacity to control immigration is always going to have limits, and where mistakes are made, they should be resolved. A fair immigration system should be honest about these limitations.

21 Responses to “Coalition must stop making undeliverable promises on immigration”