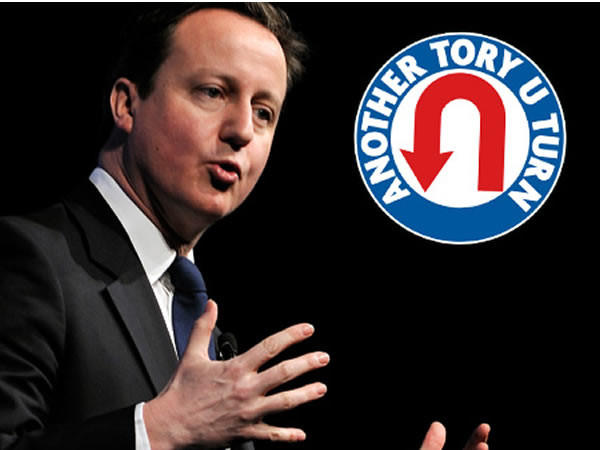 “Yet another example of this government not being in touch with people and making proposals which they then have to abandon” – that was Ed Miliband’s verdict on reports the government are dropping plans to halve sentences in return for early guilty pleas, including for crimes such as rape. This, of course, is ‘the latest government u-turn’ – what has become the biggest cliché, or should that be truism, of the last year.

One could also add: no cuts to front line services and no top down reorganisations of the NHS, although pedants may call these broken promises, not official U-turns… well it’s nice to have some variety.

One could say this is simply a pattern of incompetence, but David Cameron and Nick Clegg boasted of setting out a radical policy base without the necessary mandate. This looked like arrogance at the time, now it looks like reckless arrogance. In trying to push forward such policies, some of which were not in the coalition agreement, it was inevitable that the Tory-led coalition would be forced to u-turn.

Have we missed any out? If you think we have, please contact us and we are happy to correct the record.

Many thanks to all our readers for their contributions. We can now add the following to the list: Ministerial cars (which ministers are still ‘swanning around’ in), PFI contracts, the ‘bonfire of the quangos’ (that fizzled out), and repeated ‘Pickling’ of the Audit Commission seems to have resulted in its preservation up till now. Please keep them coming.

Another day another… this time with the added benefit of a foreign office wag announcing the change in policy over the BBC World Service funding as a “massive U-turn” on the department website. The headline has been taken down and apparently disciplinary action could be taken. Don’t mention the U-turn.