Ann Pettifor takes Mr Osborne to task for the latest figures on borrowing that show his austerity plan is working the way he planned. 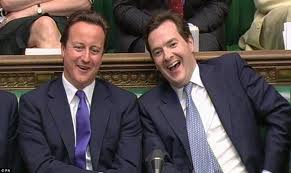 One has to feel sorry for the chancellor. Many mainstream economists – in both the City and academia –  backed him to the hilt: egging on his austerity policies, and boldly forecasting the rate at which the deficit would fall. The governor of the Bank of England caused controversy by endorsing the strategy. Markets greeted the austerity programme with euphoria. And No 10 was castigated for preparing a plan B.

Professor Chick and I were among the few to sound a warning, in our June, 2010 publication: “The economic consequences of Mr. Osborne” we insisted that once the private banking crisis had been transmitted to the real economy, fiscal consolidation would not ‘slash’ the government’s debt, but cause it to rise. Our argument was not based on ideological conviction, but on a century’s worth of macroeconomic evidence.

Today, those who shared our fears have been vindicated – even before the coalition’s deep, job-destroying spending cuts have been fully implemented. The announcement by the Office for National Statistics (ONS) that the deficit had widened dramatically in April by £10 billion -the largest April budget shortfall since monthly records began in 1993 – has been seized upon in shock by the chancellor’s friends in the media and the City. Without any apparent qualms, they have fallen over themselves to deplore the rise, and predict economic gloom.

Mr Osborne ought to choose his friends (and economic advisers) more carefully.

37 Responses to “The consequences of Mr Osborne: More deficit”