Should full-blown competition be introduced into the NHS we may see consequences that are tantamount to privatisation is all but name, writes Prateek Buch. 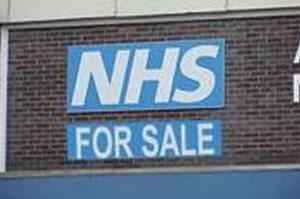 Nick Clegg reiterated the ‘no privatisation’ mantra at Deputy Prime Minister’s Questions yesterday. What still needs to be clarified, however, is the extent to which encouraging competition between providers, a central tenet of the Bill as it stands, is at odds with this commitment. Should full-blown competition be introduced into the NHS we may see consequences that are tantamount to privatisation is all but name.

Widening the range of providers competing for patients’ ‘business’ necessarily means increasing the number of private providers – thus continuing the creeping marketisation begun under New Labour – as well as raising the prospect of ‘poorly performing’ providers failing and going bust.

Competition may well raise standards for the fortunate few who get their services from the ‘winners’, but asking those left behind with the losers to accept a lower standard of healthcare, all in the name of market ideology, is simply unacceptable.

The need to prevent a full-blown competitive market in healthcare has focussed on the role of Monitor as an economic regulator, designed to enforce economic strictures on hospital trusts.

The debate on competition needs to be widened, however, to consider whether healthcare can ever be satisfactorily delivered in a system that allows neo-Darwinian competitive provision followed by post-hoc regulation – weaker providers may be eliminated by better competitors, but that would be small comfort for those unfortunate enough to be treated (badly) by them.

Encouraging competition among healthcare providers goes hand-in-hand with its corollary that increasing patient choice will drive up standards and improve health outcomes, and introducing both competition and choice have inherent difficulties. If reducing costs is the aim, standards may fall concurrently – if raising standards the name of the game, costs may spiral – all as a result of competition amongst providers.

Despite being asked twice whether he would block Part III of the bill, that contains the competition clauses, Clegg would not be drawn on the issue. It may be too much to ask for an entire clause of the Health and Social Care Bill to be axed, although it’s surely legitimate to ask that it is substantially improved to eliminate the downsides of introducing competition and marketisation.

In the end it comes down to whether the goal is better health outcomes for all – and if so, I’d suggest the coalition takes a step back from the bill and looks at what really matters.

Professor Sir Michael Marmot, arguably the world’s leading light on the social determinants of health, has studied the underlying causes of ill health in both England and across the world – these can be best tackled by a fair start for all in life, better education and employment for all, sustainable communities and excellent preventative medicine.

It could be argued that the Bill deliberately steers clear of tackling these by focussing on the mechanics of the healthcare system, but in doing so we must guard against increasing competition and choice for its own sake, which would be a continuation of Labour’s policy as shadow health secretary John Healey has admitted and which this bill risks doing.

Should we ignore the risks associated with increased competition, we may stifle our chances of putting Marmot’s policies into practice and of achieving the ultimate goal of health policy – healthier lives for all.