Dr Stuart Wilks-Heeg analyses the failings, both historic and current, of the Fixed Term Parliaments bill and asks what this means for future reform. 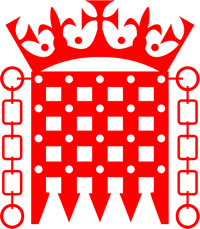 The government has suffered another defeat in the Lords – this time on an amendment to the Fixed Term Parliaments Bill. The amendment, tabled by crossbench Peers, retains the Bill’s provisions to fix the date of the next General Election as May 7 2015 – but establishes that future Parliaments would not be bound by any automatic assumption of a five-year fixed-term.

As amended, the Bill would require that the Commons re-approve the five year term at the start of each Parliament.

Moved by Lord Pannick at the Bill’s report stage in the Lords, the amendment passed by 190 votes to 184, becoming the government’s 15th defeat in the Lords in the current Parliamentary session. (They have subsequently lost a Lords vote on the Police Reform Bill too). In normal circumstances, such defeats should represent little more than an inconvenience for a government.

The number of defeats inflicted on the coalition so far is relatively low compared to most of Labour’s period in office from 1997-2010. And, besides, it should be possible to ensure that Lord Pannick’s amendment is overturned by MPs when the Bill returns to the Commons.

But, of course, these are not normal circumstances.

While it is unlikely to be fatal for this Bill, the government’s defeat in the Lords is yet another symptom of the difficulties being created by the coalition’s rushed approach to constitutional reform. It also spells more trouble for Nick Clegg’s ‘second wave’ of constitutional reform, just at the time when he most needs to reassure his party of his capacity to deliver changes to the political system.

In introducing his amendment, Lord Pannick referred to “deep unease on all sides of the House” about aspects of the Bill and a wish to “limit what many noble Lords regard as the constitutional damage which would be caused by this unhappy Bill”.

Evidence of such unease had already been made apparent in the House of Lords’ Constitution Committee’s report on the Bill, which argued:

We take the view that the origins and content of this Bill owe more to short-term considerations than to a mature assessment of enduring constitutional principles or sustained public demand.

We acknowledge the political imperative behind the coalition government’s wish to state in advance its intent to govern for the full five year term, but this could have been achieved under the current constitutional conventions.

In a now familiar vein, Peers have expressed grave concerns about the lack of provision for consultation or pre-legislative review on this Bill. As with the Parliamentary Voting System and Constituencies Bill (now Act), the legislation has been criticised for being rushed and for giving the impression of being driven by political expediency rather than a coherent constitutional reform agenda.

The coalition has opted to ‘fix’ at five years because this is the current maximum length of a Parliament, but has provided no clear constitutional justification for fixing the length of Parliaments at five years. Yet, as Democratic Audit’s evidence to the Constitution Committee argued, a five-year Parliamentary term would be out of line with both international norms and past UK practice.

In established democracies, four-year terms are most common, although the New Zealand and Australian parliaments operate on a three-year cycle. When the five-year maximum was introduced in 1911, the Liberal prime minister, Henry Asquith, suggested that four year terms would become typical. His prediction was well-founded: only four post-war Parliaments have sat for five years, and the average parliamentary term has been 3.7 years.

Were it not for the political expediency of a five year term, it would not have been necessary to try to bulldoze the provision through Parliament. There is a strong democratic case for fixed-term Parliaments, which do much to prevent governing parties gaining an unfair electoral advantage by determining the timing of general elections.

Moreover, a clear political consensus has emerged around the principle of fixed-term Parliaments in recent years – triggered by Gordon Brown’s dithering over whether to call an election in Autumn 2007 and subsequently reinforced by the debates triggered by the MPs’ expenses crisis.

Both Labour and the Liberal Democrats included proposals for fixed-term Parliaments in their 2010 manifestos, while David Cameron expressed personal sympathy towards the idea. It is not difficult to imagine that fixed-term Parliaments was one of the first items to be written into the coalition agreement. Locking the two coalition partners into a five year agreement made obvious political sense, in view of the need for the government to ride the wave of unpopularity associated with its plans for short-term deficit reduction.

A mutual promise between two political parties to go a full parliamentary term in coalition is one thing; however, using this agreement to set a precedent for future Parliaments is clearly another. Quite properly, Peers have concluded that the coalition is perfectly entitled to seek to govern for a full five year term – but they are quite rightly concerned about imposing five-year terms on future parliaments without that provision being clearly justified and subject to full scrutiny.

Like so much of the coalition’s legislation, the Fixed Term Parliaments Bill was ill-conceived and introduced too hastily. The tendency is particularly obvious in relation to the constitutional reform agenda, and is beginning to backfire spectacularly. If the government uses its majority in the Commons to overturn the amendment, the coalition risks provoking more concerted opposition as it brings forward further constitutional reforms, most obviously those relating to the Lords itself.

At the height of the expenses crisis, Nick Clegg called for seven key political reforms to be introduced in 100 days. His urgency since taking office suggests he has tried to rise to his own ‘rallying cry’. But, along the way, he has mixed up his short-term goal of proving that coalition government can work with his party’s long-term objectives for radical constitutional reform. In doing so, the deputy prime minister risks achieving neither.