The IFS has disputed Danny Alexander's claim that 80 per cent of families will be "better off" as a result of the tax and benefit changes coming into force today. 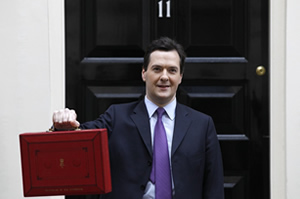 The Institute for Fiscal Studies today disputed Chief Secretary to the Treasury Danny Alexander’s claim that 80 per cent of families will be “better off” as a result of the tax and benefit changes that came into force this morning.

“James Browne, the IFS senior research economist, told PoliticsHome that there are “winners and losers” in each of the eight lowest deciles of the population – and that it was therefore misleading to say eight out of 10 families would benefit.

“In its post-Budget Briefing, the IFS described the changes in the Budget as “very minor”. But the group acknowledged that the “very richest households lose the most” from the Budget’s personal tax and benefit changes.”

“On the basis of the changes happening today, 80% of families on average will be better off.”

While earlier today, he told the Today programme:

Prior to today’s comments, the IFS, in its February Green Budget (pdf), said:

A point re-emphasised by Nicola Smith on these pages earlier today:

“To allow households to gain a better understanding of what the changes mean for them the TUC has launched a tax credit calculator, which shows how changes to tax credits will affect household entitlements over the years ahead – and exposes the reality behind today’s rhetoric about winners and losers…

“Today’s changes reveal much about the government’s priorities. The coalition has chosen to deliver a small tax cut to households above the income tax threshold who are on low or middle incomes, at the cost of far larger effective tax rises for the lowest income households (those who are below the income tax threshold but still pay VAT) and for low to middle income families with children.

“Lone parents face some of the greatest cuts – being more likely to rely on childcare tax credits and only benefiting once from the personal allowance increase – and parents with small children also lose considerably, with the baby and toddler elements of tax credits dropped.

“For these working families the Treasury’s analysis of today’s changes is far removed from the reality of their household budgets.”

12 Responses to “IFS: Govt. claim 80% will be better off is misleading”