Labour MP Jon Cruddas blasts the Big Society for failing the "all in this together" test while safety nets are being removed reports Daisy Blacklock. 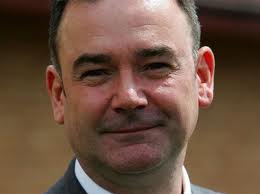 Here’s a familiar question: What is the Big Society? A moral code? Unpaid volunteers running public services? A revival of community relations? The dismantling of the state? With definitions of the Big Society spanning the sweepingly general to the comically reductive, and as the blows to public spending begin to strike thick and fast, the feeling that the Big Society is nothing more than a “Trojan Horse” for pushing through cuts will not be easing any time soon.

Jon Cruddas, Labour MP for Dagenham and Rainham, finds this scepticism justified. While the Big Society speaks of decentralisation and localism, he says, the on-the-ground realities of government policy are the polar opposite.

Despite this, Cruddas, an advocate of a comparable “conservative socialism”, argues that while the Big Society “borders on the notion of a national joke at times”, the debate it has generated across the political spectrum is vital, for it is “not going away”.

Asking “the empirical questions around the Big Society” at the latest meeting of the New Political Economy Network (npen), Cruddas argued that the attitude of the Big Society towards the role of the state, its ability to criticise the private sector, and its commitment to social justice, were the ultimate test beds of its progressiveness.

Tests, he said, it was currently failing:

“The most interesting thing I see on the ground is the way that on the one hand, the language [of the Big Society] is about facilitating third sector delivery, but on the other hand, what is actually happening when push comes to shove – and the whole Work Programme is the key one for this – …is that, under the veneer of decentralisation, you are seeing a systematic centralisation of a corporate and contractual culture, which is not just centralising, but it is internationalising a lot of the provision of current programmes.

“At every clutch moment, the default setting appears to be not nurturing community ownership, but, actually, privatising state resources.”

Coinciding with this “contractual” approach to state reforms, with “international corporates hoovering up the big contracts” and “picking the low-hanging fruit”, is an “extraordinary” double-attack on the most vulnerable through welfare reforms, he said. Citing the changes to Employment and Support Allowance, wherein 10,000 claimants per week are now undergoing reassessment (as part of a “stated policy goal” for removing one million people from IB and ESA and onto Job Seeker’s Allowance), Cruddas said the coalition had “totally underemphasised” the intensity of its reforms:

“Starting this month… we are seeing the safety nets go… whilst at the same time, in terms of benefit frameworks, the voluntary charity sector which historically takes the strain to help those self-same people affected, feels hunted as well.

“That has a really dangerous, toxic feel to it, to me. I don’t say that in a loaded way, I just think that, empirically, that is what’s happening, and the danger is that it will get worse.”

Turning to the Labour question, Cruddas said that the Big Society debate had made it critical for Labour to re-evaluate its positioning as a party that speaks for the poor. The MP has argued on numerous occasions that proposed reforms to Housing Benefit, beginning to come into effect this month will result in a mass exodus from central London as rent hikes and benefit cuts leave people with no choice.

This, along with the cumulative impacts of the Big Society, will amount to the “systematic act of dispossession amongst the weak, the vulnerable, and the poor”.

Comparing the experiences of Barking and Dagenham, which he described as possessing “inner-city characteristics”, with Havering – an “outer London” borough, he said:

“It’s quite clear to me already that the effects of this Big Society in empirical, on the ground terms, are disproportionately in the poorer area than the richer. First because of their levels of local government settlement, second because of their reliance on the state itself as an employer, third because of levels of benefit claimants, and fourth because of social capacity.

“That doesn’t bode well in terms of the disproportionate spatial effects of this whole agenda… I think that’s a good illustration of where [the Big Society] agenda will fail in terms of its stated objectives of ‘We’re All in this Together’.”

The dilemma facing Labour presses on. Cruddas believes the party’s attempts to sever with the “apolitical” New Labour project present an interesting challenge, for “how do you reclaim your history as a political party when you are celebrating a rupture with it?” As a party borne out of a resistance to the processes of dispossession, its legacy is there for rediscovery: “The jury is out as to whether it will or not.”

But the “jury is out” on all fronts. With the most recent YouGov poll on the subject finding that a staggering 72 per cent of people still don’t understand what the Big Society stands for, it seems that public scepticism will, and should, continue.

18 Responses to “Cruddas: Big Society failing the “all in this together” test as safety nets go”