Another day, another round of No2AV 'AV/BNP' spin; Left Foot Forward will explain why it isn't the case that AV helps the BNP or makes mainstream politicians appeal to them more. 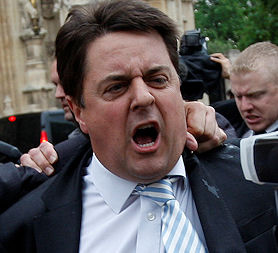 Another day, another round of No2AV ‘AV/BNP’ spin. So once again, Left Foot Forward will explain why it isn’t the case that AV helps the BNP or makes mainstream politicians appeal to them more. Their latest claim is that the BNP “could get to decide our elections”, that “35 seats could be in the gift of extremists” under the alternative vote system.

Last month on this blog, Sunder Katwala comprehensively demolished the premise that extermists would fare better under AV, explaining:

“BNP votes could decide results under AV only if several extremely unlikely conditions were met.

“They would need to have more votes than the winning margin (which is very rare); their voters would need to express a mainstream second preference (which is unlikely in most cases), and even where they do, those preferences would need to break very unevenly for one major candidate over another to have the potential to be decisive (and there is no evidence that they would do so).

“The electoral geography of BNP support – strongest in heartland Labour seats – makes their ability to affect results even less plausible.

“Pandering to BNP votes would prove a self-defeating strategy under AV. The winning candidate needs to seek 50% of the vote – since the BNP have under 2% of the vote and 80% of voters very strongly disapprove of them, any association with them is going to be toxic.

“There is simply no hard evidence that BNP voters would be more likely to play a decisive role under AV than under the current system, where extremist voters could already decide to vote for one of the likely winning candidates over another.”

“Not only does AV give extremists direct influence, but it also creates an incentive for other parties to appeal to extremist voters’ second preferences through ‘dog whistle’ tactics.”

Again, as Sunder explained, such a strategy wouldn’t really make sense – and in any case, as Will Straw pointed out on Left Foot Forward on Wednesday, there are examples of mainstream candidates pandering to extremists under the current system – among them No2AV cheerleader and Tory peer Baroness Warsi, who in 2005, sent out this disgraceful leaflet:

Which appealed to BNP voters with the tagline:

“If you vote BNP you are allowing Labour to CREEP IN with more political correctness and uncotrolled immigration and asylum.”

Labour politicians have also pandered to BNP voters under first past the post, most notably Phil Woolas, whose toxic, dog whistle campaign against a Liberal Democrat candidate saw him thrown out of parliament, having written:

“Extremists are trying to hijack this election. They want you to vote Lib Dem to punish Phil for being strong on immigration. The Lib Dems plan to give hundreds of thousands of illegal immigrants the right to stay. It is up to you. Do you want the extremists to win?”

Under AV, it will be next to impossible for a BNP candidate to get over 50 per cent of the vote and win – yet under the current system, not only are BNP voters being appealed to anyway, but there is a greater (though still tiny) chance of one getting in, were the anti-BNP vote to split many ways; and as has been widely reported, Nick Griffin, the leader of the BNP, is against AV and will be voting no in the referendum.

• The AV referendum takes place in just under five weeks’ time, on Thursday, May 5th; if you aren’t already registered to vote, click here.