Andrew Georgiou looks at the Tory NHS and welfare reforms and whether they will open up the service to European Union competition law. 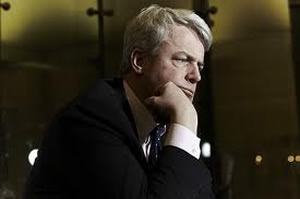 In light of David Miliband’s LSE lecture on the decline of social democracy in Europe it is clear there has never been a more important time for progressives to stand up for their greatest achievements. The NHS is at the forefront of this. Inflated rhetoric about broken promises and the like, as gratifying as it sounds, will not stop the Tories NHS bill becoming law. The real opportunity lies in the question of Europe.

The Health and Social Care Bill will create an economic regulator (Monitor) whose first duty is to:

This brings NHS commissioning under the umbrella of UK competition law, however it is the knock on effect of this which will make Tory MPs shudder. As well as opening the door to slick dressed city litigators from the UK, they are also opening the door to those “dreaded bureaucrats” from Brussels.

As Crispin Drowler has reported (£):

“Lawyers and academics warn that the changes will leave NHS commissioners and providers more vulnerable to legal challenge at the European Court of Justice.”

In the past European treaties banning anti-competitive behaviour and abuse of market dominance have not applied to the NHS, but these reforms change the situation completely. The more the government forces competition into the NHS the harder it will be to argue that EU law does not apply.

John Healey, Labour’s shadow health secretary, quite rightly pointed out in an Opposition Day debate that:

The irony is almost poetic. A bill that was introduced with the intention of devolving commissioning powers down to GPs has resulted in passing the powers up to the EU. The initial motivation for the reforms, handing commission powers to frontline staff, will be eclipsed by the spectre of Europe.

However the enforcement of competition law, something that many Tories may not necessarily object to, is likely to be only the start of EU involvement. David Price from the University of London has stated:

“If European private hospitals come in, will the inspection regime that all providers are supposed to be under be regarded by the European Union as too burdensome? That may be subject to legal test and you might expect that the court will continue to move the goalposts.”

If the EU’s involvement in applying competition law does not have Tory MPs running for the no lobby then surely their involvement in setting standards for British healthcare will.

It was only a few weeks ago that Tory Euro-sceptics where falling over themselves to exclaim how sick they where over the ECHR ruling on prisoners voting rights. It remains to be seen how ill EU involvement in the NHS will make them or will this be another bitter pill they will be forced to swallow.