Tory MP Andrew Tyrie has written to William Hague demanding the Department for International Development foots the bill for the BBC World Service - and slammed his own party's ring-fencing of the aid budget. 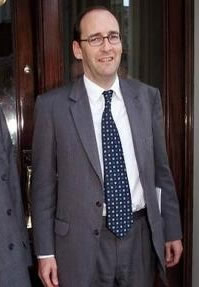 Conservative Andrew Tyrie MP, chair of the House of Commons Treasury select committee, has written to the foreign secretary demanding the Department for International Development foots the bill for the BBC World Service – and slammed his own party’s ring-fencing of the aid budget.

Thankfully, despite other raids on DfID’s budget, responsibility for the World Service was spared from DfID at the Comprehensive Spending Review last October.

But Tyrie, who has written to a number of MPs to lobby them, has written that under the Tories’ justification of aid, the OECD definitions:

“Much of the value of World Service activity can be legitimately scored as aid.”

“The planned increase [in DfID’s budget] is £3.5billion in cash terms. Therefore, the needs – in nominal terms – of the World Service can be fully met with just 0.8 per cent of the increase in funding that is currently going to DfID.”

Not content with that, Tyrie went on to slam the ringfencing of money to the world’s poorest people. He also told the Telegraph:

“A good number of MPs wonder if such a huge increase in the aid budget – of 37 per cent over the planning period – can be used effectively in any case. Large increases in the aid budget cannot be delivered as easily as increasing a domestic benefit. Great care needs to be taken to make sure that money is not wasted or corruptly used.”

Same old Tories then? The fact such a senior Conservative has slammed the aid budget seems to demonstrate how shallow their commitments to aid really are. In one sense he is right – the increase in the aid budget will be dramatic because the government are freezing spending for two years before reaching .7% in 2013, which, as Harriet Harman has pointed out, is a real time cut of £2.2bn. That is why enshrining the .7% commitment in law is so important.

It is also further evidence that the Tories’ definition of what counts as aid – the OECD definitions – are not good enough, as Left Foot Forward has repeatedly said. In the rest of Europe, the weak definition allows the counting of €2bn (£1.7bn) of student costs and almost €1bn (£845m) of refugee costs as official aid.