Liberal Democrats have left with a with a clear direction of travel on NHS for both the Party's leadership. 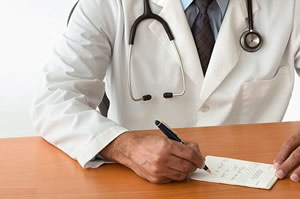 Liberal Democrats and members of the press turned up to Spring Conference in Sheffield expecting a destructive rebellion to surge through the party, not least on the proposals to reform the NHS. In the end we had an impassioned but reasoned debate, but no bloodbath. The result was a grassroots victory on the health motion that felt a little odd but that gave a clear direction of travel for both the Party’s leadership and its members.

Many of the concerns raised in Friday night’s fringe meeting – where health minister Paul Burstow withstood a barrage of criticism over the government’s health reforms – were tabled formally in Saturday’s floor debate at main conference in the form of amendments.

These sought to cement local democratic accountability and to ensure that the Lansley reforms are significantly altered by Lib Dems before being passed into law, preventing marketisation and ensuring the NHS is not opened up to price competition and fragmentation.

Following outstanding speeches – Dr Charles West, John Pugh MP and Andrew George MP as well as the indefatigable Dr Evan Harris deserve special mentions – conference heard from Cllr Richard Kemp that, to the astonishment of most delegates, the leadership was happy to support all amendments.

The motion was duly adopted as amended with overwhelming support; we left the room happy that we had modified party policy but concerned as to where things go from here.

It is clear that the pressure is now on  Paul Burstow and Nick Clegg to deliver significant changes to the government’s Health and Social Care Bill that conference called for so overwhelmingly.

As the measures in the health bill were not in the coalition agreement, Dr Harris said that Lib Dem ministers should now signal:

“…to their Conservative coalition partners that we will not accept market reform of the health service, any fragmentation or destabilisation of NHS services by new private providers or the lack of accountability for the spending of public money envisaged in the model of GP commissioning promoted in the bill.

“The onus is now on the government to respond fully to the democratically expressed views of the Liberal Democrats.”

There’s little question that the vote to amend the health reforms to make them less market-oriented puts the Lib Dem leadership in a bind.  Do they respect the democratic mandate of conference and fight for these significant changes to their coalition partners, or do they press ahead with the reforms as proposed by Lansley?

Both Burstow and Clegg said they had listened, but will they now act? Will their coalition partners allow them to do so? The Liberal Democrat party grassroots – and significant branches higher up – have made their voices heard and will accept nothing less than a marked change in the direction of travel for the health reforms.

It is time for Lib Dems to show that they assert their values in Government by making the NHS reforms fairer.