As the details emerge of the government’s big ticket welfare reform, the introduction of Universal Credit, it looks as if for once the hubristic language might be justified. 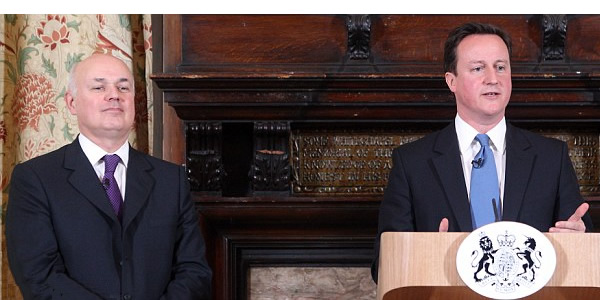 When politicians talk about the ‘biggest reform to the benefits system since Beveridge’ a collective sigh rises from the ranks of welfare experts and professionals. The claim has been made so many times before, all too often about incremental changes which creak under the weight of the rhetoric.

But as the details emerge of the government’s big ticket welfare reform, the introduction of Universal Credit to replace some (not all) existing benefits, it looks as if for once the hubristic language might be justified.

This is not because of the simplification which UC will bring to the system, or because it breaks down barriers between in-work and out-of-work benefits, because these aims are in clear continuity with the previous government’s policies.

Nor is it due to changes in participation tax rates, marginal deduction rates and the other technical paraphernalia of welfare design, because trying to balance these parameters is an unavoidable (and unending) task of welfare reform.

The big change is the introduction of conditionality for working households. Under UC, lower income households with someone in employment, which would previously have received tax credits based on their income and family circumstances, will have to meet the sort of conditions imposed on claimants of out-of-work benefits to access the credit.

“In all cases… both members of the couple play an equal part in the claim and so are required to undertake the same conditionality as for single people without children.

So for working poor (and many not-so-poor) couples with youngest children aged seven and over, non-working partners will be obliged to demonstrate that they are seeking work and meet whatever requirements for work-related activity government imposes.

At present, there are 1.35 million single earner couples in receipt of tax credits, of whom 1.25 million have children (we don’t know in how many cases the youngest child is under seven). The Financial Times’s Alex Barker, who broke the story on Thursday, writes:

“This is definitely the most curious policy included in the Universal Credit reforms. Why does IDS want to meddle with the mighty army of stay-at-home mums?…This will cost money, use up the scarce time of jobcentre advisors and be unpopular in many households. What is the point?”

The answer lies in two sets of considerations. First, the policy can be seen as the decaying echo of work on increasing employment for couple families under the previous government. The motivation was child poverty: more than half of children in poverty are in households (usually couple households) where at least one adult is working.

But the risk of poverty is very low when both partners in a couple are working, so increasing employment for what came to be known as ‘potential second earners’ could have a major impact on child poverty rates. These households were under no obligation whatsoever to engage with job centres. But the fact that the usual conditionality levers weren’t available could be seen as a good thing, helping to wean DWP off its dependency on conditionality and develop new ways of engaging with low income households, both those within and those outside the benefit system.

So it is ironic that this theme seems to have been taken up by the coalition only to issue in a reversion to the Department of Work and Pensions’s default setting of extending conditionality – and in this case to households it was never previously imagined it could reach. At the same time UC actually reduces financial work incentives for second earners at anything above minimal working hours.

One can only pity whoever had to draft the justification for this:

“The improved ability of the main earner to support his or her family under Universal Credit will enable greater choice for families to strike their preferred work-life balance.”

The threat of conditionality is there to counteract the incentives which UC creates for working partners to drop out of the labour market. Has ever a policy so clearly been pulled in opposite directions?

The second consideration goes to the heart of Iain Duncan Smith’s objective of ensuring that people will always be better off in work. That sounds like an uncontroversial aim, until you follow through the implications.

UC is intended to make work pay at any number of hours worked, while the existing system is designed to incentivise work of 16 hours or more a week. That policy disadvantages some people whose best chances of employment lie in ‘mini-jobs’ of fewer than 16 hours, but there is a reason for this. If you incentivise short-hours working for those who are not in employment, you create incentives for some of those who are in employment to trade down to fewer hours.

That isn’t just a theoretical possibility, it is what happened when this was tried in the United States in the 1970s. Again it looks as if DWP intends to exert pressure on UC households to prevent them acting on incentives which UC has introduced – in this case, incentives to reduce their working hours.

So extending conditionality to working families is government’s way of dealing with Universal Credit’s own potentially perverse consequences – at the cost of greatly extending the state’s reach over the population. Even if this truly radical shift in the scope of state paternalism were desirable there are obvious questions as to whether it is deliverable, administratively or politically.

For once, egalitarians and libertarians and even some family-oriented conservatives may find themselves on the same side in opposition to the government. What is most striking is the sheer weirdness of assuming that DWP’s tutelage can be uncontroversially extended to so many lower income working families.

That weirdness speaks volumes about the confusion and unresolved tensions at the core of the coalition’s welfare policy.

Acknowledgments to Paul Gregg and Nicola Smith for insights they have shared; any mistakes or shortcomings in this article are of course are the author’s sole responsibility.

26 Responses to “The weirdness at the core of Universal Credit”