There has been widespread misrepresentation of the Local Government Pension Scheme (LGPS) in today's newspapers, writes Naomi Cooke, National Pensions Officer for the GMB trade union. 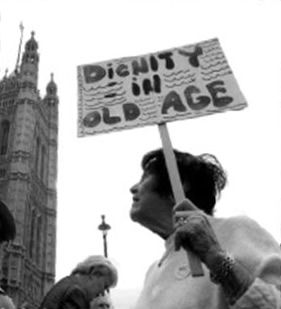 A couple of weeks ago I wrote on this blog about the tax on members of the Local Government Pension Scheme that the Chancellor announced in his Comprehensive Spending Review. Since then others involved in the scheme have joined in including representatives from the 101 funds that hold the £150 billion assets of the scheme and last week the employers’ organisation, the Local Government Association, joined in to support GMB’s campaign to make the Treasury think again.

This hasn’t stopped the misrepresentation of the Local Government Pension Scheme (LGPS) by the press, however; here are a few of the choicest remarks and the truth that I’m sure they would have taken account of had they been better informed.

“…the total taxpayer liability for these schemes is a staggering £1.18 trillion” – Daily Mail

The figure from the Centre for Policy Studies explicitly did not relate to the LGPS which is a funded scheme that is not paid out from monies held by Treasury.

“So a government proposal that state workers pay an extra 3 per cent of salary toward their pension seems a modest and sensible start to the process of reform.” – Daily Mail

The extra 3% is not going towards their pensions, it is passing through the LGPS and going to the Treasury.

“Public sector employees will have to pay more” – The Independent

The Indy doesn’t explain why this is, save to say this is necessary to avoid pensions becoming more “socially divisive”. On this logic everyone should be paid the minimum wage and exist only on state benefits in retirement. As Lord Hutton states in his Interim Report, a race to the bottom is not in anyone’s interest.

“Public sector employees have been well served by their pension scheme, which provides higher benefits for lower contributions than most private-sector schemes” – The Independent

The average member contribution to a defined benefit scheme across the public and private sectors is 6.3%, in the LGPS it is 6.6%. (Aon Hewitt 2011).

“The case has to be made that, even with higher contributions, public-sector pensions will remain excellent value and more secure than many private schemes.” – The Independent

It is precisely the LGA’s point that the security of the scheme is under threat through this policy. The scheme is underwritten by the taxpayer so undermining it by causing a collapse in participation rates among current employees is foolish. The knock on effects to the economy of the change in investment approach this will necessitate will be felt by the private sector for many years to come.

“…Lord Hutton had already said the current arrangements were ‘unsatisfactory’.” – The Daily Telegraph

The Telegraph is quoting a government source who clearly hasn’t read Hutton’s Interim Report. He does not describe the LGPS as unsatisfactory. He said that the most effective way of achieving short term savings from public sector pensions was by increasing employee contribution rates. This isn’t the case for the LGPS because it is a funded scheme where benefit changes such as those already in place can generate immediate savings.

“LGA employees have never had it so good” – Daily Mail

I’m not sure this even warrants a response; they might as well claim the Earth is flat.

27 Responses to “The papers get it wrong on pensions; here are the facts”