The Labour Party will look at the case for holding an “in or out” referendum on European Union membership as part of the party’s policy review process. 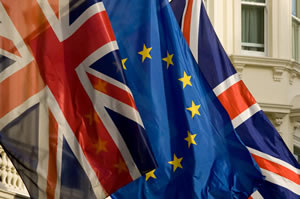 Sunder Katwala is the general secretary of the Fabian Society

The Labour Party will look at the case for holding an “in or out” referendum on European Union membership as part of the party’s policy review process, from the pro-European perspective that it could ‘lance the boil’ of Euroscepticism for those who believe in positive engagement with the EU, shadow Europe minister Wayne David told a major Policy Network conference today.

Mr David said that he personally “was yet to be persuaded” of the argument for a referendum, while noting that this “finely balanced” argument was being promoted by some senior pro-European voices in the party. The shadow Europe Minister’s remarks that “the Labour Party is having a fundamental policy review and this is one of the things that will be considered”, simply, at one level, reflects that shadow ministers are reluctant to close down debates by ruling issues in or out before the review begins, so their impact should not be overstated.

But the discussion did also demonstrate that the issue of a referendum is being taking seriously in Parliamentary and party debate.

Mr David’s comments were made in response to a question from the floor, as ex-Financial Times journalist Robert Taylor advocated a referendum as an important way to settle the question of British membership, because a vote to remain in the EU would decisively set back the cause of Euroscepticism.

Mr David noted that this was “a fair point – increasingly people are saying that”, citing former Europe Minister Keith Vaz making a similar argument in the House of Commons, while adding:

“Personally, I am still to be convinced.”

And describing the argument as:

The shadow Europe minister said that there was also a strong counter-argument that arguing over a referendum and UK membership would be “a distraction from the issues that we should be discussing in the EU”, as a referendum would doubtless polarise, intensify and probably coarsen debate about Britain and Europe, even if the result then settled the ‘in or out’ question.

Mr David also questioned whether it would indeed ‘settle’ the question of British membership as decisively as some claimed, suggesting that a vote to stay in would probably see Eurosceptics begin to campaign for another referendum, or refusing to accept the result, by for example, attributing it to other political factors.

Anthony Teasdale, a pro-European centre-right voice who is currently deputy chief of staff to the European Parliament President, also said that a referendum “may be the only way to lance the boil” but questioned whether this would work. “How much time was bought in 1975? Eight years,” he said, noting that one of the major parties (Labour) had stood on a manifesto of withdrawing from the EU in the second General Election after the 1975 referendum.

“I don’t think it would lance the boil, and therefore I’d be against it.”

David Rennie of The Economist also questioned whether the mood would shift in the event of a yes vote.

This pro-European debate of the “In or out” question did demonstrate that the case for debating Britain’s fundamental choices about participation in the EU is being taken seriously by pro-European as well as Eurosceptic voices. The Fabian Society is also holding a conference on Saturday week with the title ‘Britain and Europe: In, Out or Somewhere in Between?’, demonstrating that pro-Europeans are emphasising the case for challenging Eurosceptics in public debate, as well as trying to discover what the current government’s European policy is.

Eurosceptics have made the running on campaigning for a referendum on British membership, with the Daily Express recently mounting a campaign both for a referendum and for Britain to vote to leave the European Union.

However, Eurosceptic opinion is also divided about this. Daniel Hannan MEP, among the most prominent advocates of Britain leaving the European Union, blogged recently about why some Eurosceptics privately want to avoid an ‘in or out’ referendum, for precisely the reason that pro-Europeans might advocate one:

“By and large, supporters of an In/Out referendum want Britain to leave the EU, while opponents of a referendum want to remain members. Both sides are guessing at the outcome, and then working back.

“There is a third, and smaller, category: some Eurosceptics believe that plebiscites tend to go the way of the status quo, and therefore want a referendum on future treaties, but not a vote on secession. One very brilliant Right-of-Centre columnist told me, in the course of an email exchange:

‘I think it would be a disastrous political error to provoke a referendum in which people think they are voting In/Out. I think Out would lose that referendum and the game would be up for Eurosceptics. From this view follows a huge amount. It imposes on me a certain realism which accepts the consequences of some lost battles.'”

Hannan believes that the democratic argument for a referendum should trump attempts to second guess the result on either side. While Parliamentary Sovereignty is cited as the cause of Euroscepticism, the focus on a referendum reflects the strong Parliamentary consensus for EU membership, despite evidence that the Tory class of 2010 have made the Conservative benches somewhat more Eurosceptic. Both major parties have put vocally Eurosceptic manifestos to the electorate in the recent past, but this has coincided with their being at their most unelectable, with the landslide defeats of Michael Foot’s Labour in 1983 and William Hague’s Conservatives in 2001.

It is bound to be the case that a campaign for a referendum will be primarily Eurosceptic. Pro-European progressives are naturally going to put their energy into campaigning for the changes they want to see, not into generating an opportunity to secure the status quo, even if this may generate a more positive public environment for advocates of strong EU engagement.

The main resistance to an ‘in or out’ referendum is likely to come from the Conservative frontbench. Unlike in 1975, the Conservatives would be much the more divided of the major parties, with their leadership presumably advocating British membership (as Margaret Thatcher did in the 1970s), while a lot of Tory party activists would be energetic campaigners, alongside UKIP, to get Britain out. The Labour, Liberal Democrat and Green parties, while not universally pro-membership, would be much more united.

I think there is a good argument for Labour and other pro-Europeans keeping open the question of a referendum. The Liberal Democrats supported a referendum in the last Parliament (and Liberal Democrat Voice found members fairly evenly divided, with a slim majority against). I argued back in 2009 that there was a much better case for an ‘in or out’ referendum than one on the Lisbon Treaty, since this is the fundamental question motivating both sceptics and pro-Europeans, and is one which the public can engage with and understand.

I don’t think the risks of losing a referendum are a particularly good argument against one. It is much more likely to be won. In any event, if pro-Europeans cannot secure sufficient democratic consent, whether through Parliament or in a referendum, for British membership then that would have to be accepted, however much we might regret the outcome.

The most convincing argument against Labour supporting Eurosceptic calls for a referendum in this Parliament is that any long period of uncertainty over whether Britain might choose to leave the EU could prove economically damaging, at a time when attracting investment and growth must be a major public priority. That seems to me to strengthen the case for a hypothetical referendum being held in better economic times and, given that the issues are well known, for a relatively short period (of months rather than years) between its advocacy and the question being settled.