Left Foot Forward understands that via complicated, structural measures, the government is planning on green-lighting a multi-billion pound taxpayer giveaway to the nuclear industry. 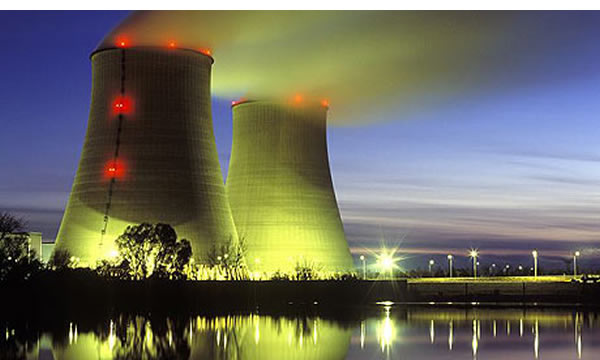 “Liberal Democrats have long opposed any new nuclear construction. Conservatives, by contrast, are committed to allowing the replacement of existing nuclear power stations provided that they are subject to the normal planning process for major projects…

“And also provided that they receive no public subsidy.”

Energy secretary Chris Huhne – who in opposition called nuclear power a “failed technology” – elaborated on this shortly after taking the job, telling The Times (£):

“I have explained my position to the industry and said public subsidies include contingent liabilities.”

But Left Foot Forward understands that via complicated, structural measures, the government is planning on green-lighting a multi-billion pound taxpayer giveaway to the nuclear industry.

“…agreed to reduce the risk to industry of building nuclear plants by setting a fixed price for disposal of waste.”

This transfers the huge risks associated with nuclear power to taxpayers. As the Oxford Professor of Energy Policy, Dieter Helm, explained back in 2008:

“It’s a fixed-price contract for the government to take the waste. The government absorbs the final-end risk.”

Helm has said recently Mr Huhne’s pledge not to subsidise nuclear plants is “more rhetoric than substance”; he told (£) The Times:

“There has never been a nuclear programme which is entirely funded by the private sector.”

Secondly, as The Sunday Times explained (£) back in May:

“The government is planning to rig the carbon trading market in a move that will encourage the creation of nuclear power plants.”

“Putting a floor under the power price would effectively transfer risk from the nuclear developer to the electricity consumer.”

That sounds a lot like a subsidy. Today the Financial Times published new findings showing the nuclear industry could receive a £3.43 billion windfall this way between 2013 and 2026 via a plan outlined in Mr Huhne’s new energy market reform proposals.

There is nothing intrinsically wrong with introducing a floor price for carbon. It could even be a good idea – offering greater support for clean energy projects and improved energy efficiency. But it should not be used as a backdoor way of giving taxpayer support to a nuclear industry that has already benefited from more than £10 billion in public support in the last decade and that has proven that it can’t stand on its own two feet.

For example, in 1995 the Sizewell B nuclear power plant was completed at a cost to electricity consumers of more than £3bn, yet a year later when the newer nuclear plants were privatised as British Energy, it and seven other nuclear power plants of about the same size were sold for only about half this cost.

In 2002, despite acquiring eight nuclear plants for a fraction of their construction cost, British Energy went bankrupt and was saved only by the government committing £10bn of taxpayers’ money.

The government should find ways to avoid channelling our money into the black hole that is the failing nuclear industry, especially at a time when Ministers say there is such need for cut backs. Green campaigners including WWF point out windfalls for nuclear utilities could be avoided via a windfall tax on those companies to claw back these revenues.