Seph Brown reports on the leak of the Palestine Papers, what they mean and the implications for the future. 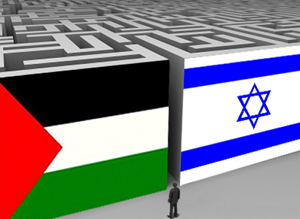 Yesterday evening Al Jazeera and The Guardian began releasing almost 1,700 confidential internal documents, minutes, e-mails and memos relating to the negotiations between Israel and the Palestinian Authority. The ‘Palestine Papers’ date from 1999 to 2010, originate solely from the Palestinian side and will continue to be published over the next three days.

No one should be in any doubt that these explosive leaks spell the end of the negotiations as we know them – and threaten the entirety of Palestinian leadership.

The Palestine Papers expose events and issues which many commentators and academics have long suspected, but never been able to prove beyond doubt. They show that the Palestinian Authority surpassed all expected boundaries to negotiate an end to the occupation and the creation of an independent Palestinian state.

They outline how negotiators offered compromises on all of the sacred cows of the Palestinian national narrative – redrawing the 1967 borders, ceding parts of Jerusalem, giving up a full right of return for refugees and accepting international oversight of holy sites, including the Haram al-Sharif.

They will also show how Israeli leaders advocated a ‘transfer’ of Arabs out of Israel, the extent of covert security operations between Israel and the Authority and UK involvement in attempts to destroy Hamas.

With Fatah’s rivals already looking to make ground on the governing party (Hamas spokesman Osama Hamdan called the revelations a “betrayal”), the Authority have been on the offensive to discredit the revelations. Palestinian President Mahmood Abbas has claimed that the leak has intentionally reversed their negotiating positions. Chief negotiator Saeb Erekat and former Palestinian prime minister Ahmed Qureia branded them “lies and half-truths” and “fabrications” respectively.

Other officials have gone after Al Jazeera saying that they had “declared war” on the Palestinian people. It is worth noting the fact that the BBC and US State Department spokesperson PJ Crowley have made it clear that they cannot verify the source of the leaks. The Guardian does not have access to the source of the leak, but has independently verified its authenticity.

It is understandable that Fatah and the Authority would want to distance themselves from positions which are certainly unpopular amongst their own people. However, the leak shows beyond all doubt that it was the Palestinian team who were serious about peace, crossing all red lines and keeping all options on the table, risking their own necks – which they face the serious prospect of losing in the coming days as a result of the shock disclosures.

Jonathan Freedland and Harriet Sherwood both argue correctly that the leak busts the decades old Israeli claim that there is no Palestinian ‘partner for peace’. Various aspects of the documents put beyond doubt Palestinian frustration with Israel’s intransigence. We hear of issues ranging from how Netanyahu refused to return calls to the chief Palestinian negotiator, to how former foreign minister Tzipi Livni dismissed offers for Israel to annex all but one of the illegal settlements around East Jerusalem. She offered no alternative proposal.

Ms Livni is also revealed to have tried to use concessions to Syria as a means to push the Palestinians into further compromise while former Israeli prime minister Ehud Olmert’s August 2008 peace deal demanded the retention of every single illegal settlement in the occupied West Bank.

We also see the darker side of US intervention when, in July 2008, Palestinian negotiators argued that they would accept some settlements, but 35,000-strong Ma’ale Adunim could not remain atop a future Palestinian state. “Then you will not have a state,” sneered then US Secretary of State, Condoleezza Rice.

Moving forward, this leak clearly illustrates that the international community must focus more effort on pressuring Israel to engage more constructively to achieve peace. Speaking today, Yossi Sarid, a former member of Israel’s Knesset, said that Palestinian moderation is more difficult for Israel to deal with than extremism.

“The principle for the Israeli government is very simple. If the Palestinian leadership is more moderate, it is more dangerous, more threatening.

“Moderation is the Israeli government’s number one enemy. If we deal with radicals, it’s very simple – you don’t have to negotiate, reconcile or make any concessions.”

Israel must move beyond its traditional tactic of branding the Palestinians radical or inflexible – everyone can see through that now. It is time Israel engaged more intimately with the risks that the Palestinian Authority has taken to try and reach some workable solution. International law is very clear on Israel’s occupation of the West Bank and Gaza; the Palestinian Authority are well within their rights to hide behind it, repeatedly demanding full withdrawal or nothing – but they didn’t.

The Authority has put everything on the table, but as we now know, there was no one sat on the other side of it.

• You can find all of the Palestine Papers in full here.