A closer look at the school league tables reveals the govt. is being insufficiently ambitious about turning round under-performing schools, writes Rick Muir. 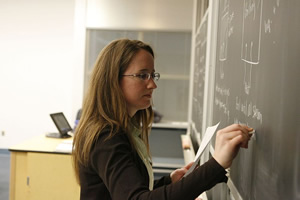 Much of the discussion of the publication this week of the school league tables has focused on the introduction of the new English Baccalaureate which has been retrospectively applied to this year’s GCSE results and which ippr has criticised elsewhere.

However, a closer look at the league tables reveals the government is being insufficiently ambitious about turning round under-performing schools. The last Labour government set a target that every school should have more than 30 per cent of its pupils gaining 5 A*-C GCSEs in English and Maths.

Michael Gove was right to retain Labour’s approach of a floor target for schools at the bottom end of the league tables and he was also right to raise the target – although he didn’t go far enough. The government’s new target is that at least 35% of pupils in every school should get five A*-C GCSEs including English and Maths; although no date has been set for when that level should be met.

Today’s league tables show that just 216 schools failed to reach the new target this year. Given that in its last year in office alone Labour managed to get 165 schools over their floor, this target looks under-ambitious.

We should ensure that schools are continuously improving – not least if we are to raise England’s schools up to the standards of the best in the world.  Each parliament should set itself a higher standard in terms of school improvement. Given that around 700 schools were lifted above the floor in the last parliament, this government should set itself a similarly ambitious target.

Our aim should be that by the end of this parliament at least 40% of pupils in every school should get 5 good GCSEs, including English and Maths. At present around 500 schools fall below this level. This should sit alongside a new Pupil Premium Entitlement for all low income pupils, wherever they learn, which ensures that extra resources reach the children for whom they are intended.

So far improvement towards the floor target has come about through a mixture of dedicated schools advisors to support school leadership and targeted extra support for teaching and learning. Schools that did not succeed were re-launched as academies.

As school standards rise, a different appraoch may be required:

• One that focuses on ensuring the best teachers are recruited and retained in the most challenging schools;

• In which more schools come under the leadership of federations and chains of high performing schools;

• And where innovation is spread more widely through peer-to-peer networks.

The biggest problem in England’s school system remains the class divide: the fact that pupils from poorer backgrounds continue to lag behind their wealthier peers. If we are to seriously tackle the attainment gap, the government needs to raise its game.