The Coalition is trying to hide its big idea for health - the privitisation of commissioning and further use of private sector providers in the NHS. Why not be honest? 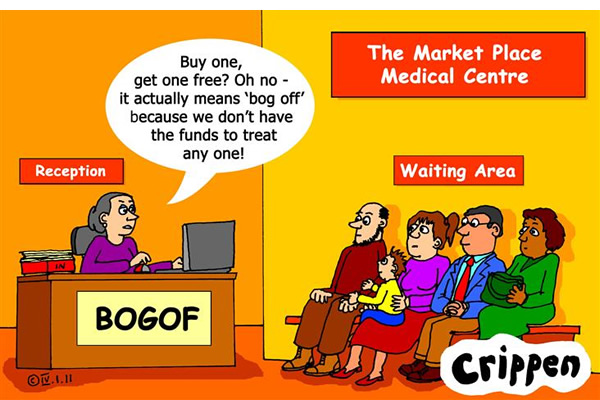 The coalition’s big idea for health is that while the government would still pay for NHS treatment, all commissioning  will be carried out by private GP consortiums and service provision will be further opened up to private companies, with the odd sprinkling of not-for-profits. Market competition will drive up standards and lower costs, bringing value for money for taxpayers.

So why not say so? In health secretary Andrew Lansley’s consultation on the reforms, due to close tomorrow, there is no use of the words ‘private’, ‘market’ or ‘commercial’. The issue is clouded over with the words “any willing provider” and “independent providers”. Is the coalition trying to sneak the reform past a public, less than a third of whom support private companies in the NHS, as surveyed in the 2009 British Social Attitudes survey?

“These are weasel words, not bureaucrats forgetting to use plain English but an attempt to stop people saying what they think about NHS privatisation. Companies owned by shareholders and hedge funds are not independent. They are accountable to owners who want to see profits.

“It is sad when a public consultation document that claims to be ‘about giving people the information they need to exercise control’ is doing the opposite, for fear of the public saying what the Conservative-led government already knows they think.

“A lot of people think that services owned by shareholders and hedge funds won’t have their long-term interests at heart. They will try to introduce top-up charges. These reforms undermine the comprehensive service which the NHS provides. To make more money, the private sector’s long-term plan will be to increase charges to those who can pay. That is the logic of a market in health care.”