Austerity does not mean an end to internationalism. This was the decisive and universally agreed answer at the Fabian conference's session on foreign policy. 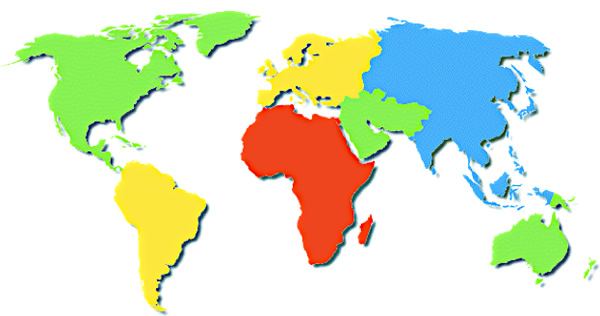 Tom Rouse reports on the “Narrowing Horizons: can we remain internationalists in an age of austerity?” session at yesterday’s Fabian Society Next Left conference, which featured Wayne David MP (Labour, Caerphilly); Kirsty Hughes (head of policy and advocacy at Oxfam); Sunder Katwala (General Secretary of the Fabian Society); Jude Kelly (Artistic Director at the Southbank Centre); and Ania Skrzypek (policy advisor at the Foundation for European Progressive Studies (FEPS)

Austerity does not mean an end to internationalism. This was the decisive and universally agreed answer to the question posed by the afternoon discussion. What was harder to agree on was what policies the centre-left should pursue in promoting an internationalist cause and how it should go about achieving these policies.

As acknowledged by Wayne David, Shadow Minister for Europe, the British centre-left hasn’t traditionally been overly focused on international issues:

“We’ve been concerned about what happens in this country first and foremost, internationalism has been largely rhetorical. We have to change this if we are to successfully confront the challenges we face.”

A broad agreement amongst the panel developed concerning the need for Britain to learn lessons from abroad and engage with the new forms of politics and rely less on the old levers of power.

The argument against the traditional method was two-fold: firstly, the traditional 19th-century nation state is no longer the most effective means to address the main issues of our time, issues such as climate change are a global problem and so require a global solution; secondly, Britain itself needs to become more outward-looking and be willing to learn lessons from abroad and finally become a ‘post-colonial’ state.

Particularly relevant was a discussion on how politics and particularly international politics was no longer purely the preserve of the political body. Equally important are NGOs and campaign groups who can work across borders to bring about change.

However the challenge facing them is stark; while two million people marched against the Iraq War in 2003, in December 2009, only 50,000 were willing to do the same to demand action on climate change – despite the march being backed by every major NGO involved in the area.

This was further emphasised by Jude Kelly’s argument that we need to redefine the way we conduct foreign policy. Visits by the government to emerging economic powerhouses such as India to discuss trade issues may curry favour with business and the media, but as a long term strategy is “doomed to fail”. Instead the centre-left should look at how they are solving issues in their own country and attempt to draw lessons about solutions to our own problems.

The slightly disjointed nature of the discussion perhaps reflected the common consensus held by the panellists:

“We know what we want, but we don’t know how to get there.”

The latter half of the discussion attempted to address this, by asking panellists and audience members to make practical suggestions for the Labour party and NGOs to adapt to new methods of political engagement.

As an example, Kirsty Hughes spoke of the importance of a narrative in garnering support for a cause. She drew upon the example of Oxfam’s re-branding of the Tobin tax proposal as the Robin Hood tax to help build a broad support base for the proposal. By moving away from the strict intellectual background and adding an emotional connection the campaign was able to reach people who would normally have ignored any such proposal.

Kirsty kept returning to this theme throughout the debate and it echoed a wider train of thought which had been heard throughout the conference, at NetrootsUK the week before, and in the wider blogosphere.

We may believe that we have the right facts and the right message, but unless we frame them in the right message, then they will fail to gain traction with the wider public. This is not just relevant to future foreign policy, but to every aspect of the fight against the coalition’s cuts programme.