Experts, doctors and commentators have today turned against David Cameron's plans to dismantle the NHS leaving cheerleading to The Sun newspaper. 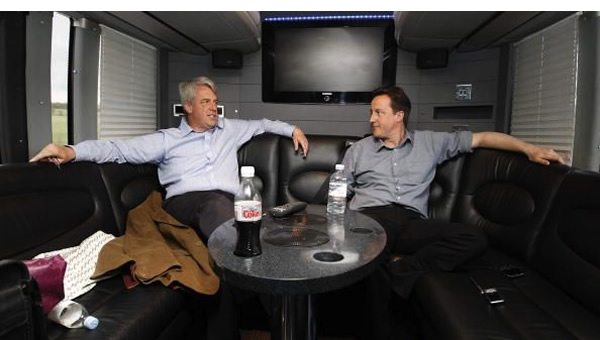 Experts, doctors and commentators have today turned against David Cameron’s plans to dismantle the NHS leaving cheerleading to The Sun newspaper.

“The Coalition Programme anticipated an evolution of existing institutions; the White Paper announced significant institutional upheaval. The Committee does not believe that this change of policy has yet been sufficiently explained.”

In a letter to The Times (£), 275 doctors set out their concerns and outline that the proposals are opposed by “the great majority of doctors”:

“As doctors we believe the Health Bill represents an irreversible step towards the dismantling and privatisation of large parts of the NHS. The Health Secretary is already implementing its proposals even though the Bill is not yet law. MPs and Peers must use this opportunity to avert a disastrous experiment with the nation’s healthcare…

“The wholesale re-engineering of the NHS and the destruction of primary care trusts (PCTs) is very expensive and totally unnecessary.”

The commentariat is equally scathing. Rachel Sylvester of The Times (£) questions whether the Prime Minister really is – as he claimed yesterday – the heir to Blair on health reform:

“Mr Cameron is keen to position the reforms as the fulfilment of Tony Blair’s agenda … but the NHS reforms go in the opposite direction. Mr Blair came to the view that the key was to give more choice to patients: people can now decide whether to have their operation in a state-run or private hospital. Mr Lansley has decided that all the power should be handed instead to GPs.”

In a Financial Times op ed (£) titled ‘NHS reform could become PM’s poll tax”, the Financial Times, Philip Stephens sets out that “Mr Cameron has somehow got both the public policy and the politics badly wrong”. Polly Toynbee in the Guardian says that the reforms will “blow apart the unified NHS as a service and turn it into a purchasing agency” while the Independent’s Steve Richards sets out why the policy is as much David Cameron’s as Andrew Lansley’s and argues that “the policy marks the end of the NHS”. He goes on to warn:

“Mr Cameron did not put his proposals to the electorate last May. Instead he promised there would be no more big reorganisations of the NHS, insisting that there had been enough of those. He must have known he was planning the biggest reorganisation in the institution’s history, so the lack of candour highlights the degree to which Mr Cameron is committed to his NHS crusade. He was willing to risk being exposed as duplicitous in order to win power and then press ahead.”

Turning back to the legalese, the lack of a mandate is also noted by the Select Committee:

The cheerleading is left to The Sun who praise Cameron’s “bravery” and the ever loyal Telegraph who despite admitting that the reforms are a “gamble” claims that they will deliver a “once-in-a-generation opportunity to create a more efficient and responsive NHS”.

35 Responses to “Experts, doctors and commentators turn on health reforms”