With less than 100 days to go till voters across Scotland go to the polls to elect a new Scottish Parliament, the SNP and Labou have kicked off their campaigns. 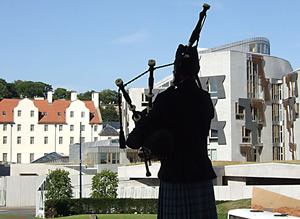 Left Foot Forward’s Devolution Correspondent Ed Jacobs looks ahead to the Scottish elections, which take place on Thursday, May 5th, 2011

With less than 100 days to go until voters across Scotland go to the polls to elect a new Scottish Parliament, the country’s two main parties have kicked off their campaigns. For Labour, its leader, Iain Gray, used a launch event earlier this week to highlight that with 100 days left until polling day, the SNP had breached more than 100 of the pledges it made in 2007.

“Between now and polling day I will be out knocking on doors, talking to people about their concerns, listening, learning and understanding. Soon Labour will publish our detailed plans for Scotland – plans for jobs and growth, plans to make sure Scotland can withstand the Tory threat to jobs and walk tall again.

“We start the next 100 days with momentum but no complacency. Labour is taking nothing for granted and will be fighting for every vote to win the trust of Scots again. To those who left Labour four years ago but still stand for Labour’s values, I say this: we learnt, we listened and we are ready to work hard for you again.”

On the back of this, Scottish Labour on Tuesday devoted its entire Twitter Account to highlighting the SNP’s broken promises; for the SNP, however, leader Alex Salmond fired the starting gun on his own party’s campaign, seeking to put the NHS at the heart of the party’s campaign.

“Today, I am making a firm declaration that an SNP Government, re-elected in May, will protect Scotland’s National Health Service.”

But whilst reeling off a list of achievements, Salmond and his health secretary, Nicola Sturgeon, failed to mention its broken pledge in 2007 (SNP Manifesto, Page 37) to “support the development of mental health and wellbeing services, such as counselling and talking therapies, in each community health partnership area, backed with ring-fenced funding to health boards and local authorities”.

As the Scottish Alliance for Mental Health told the Scottish Parliament’s local government committee in 2009:

“We do not think that all of the challenges facing our services are directly caused by the recession: the removal of ring-fencing from mental health and Supporting People budgets has also had an effect… some local authorities are implementing necessary cuts in a short-sighted and possibly counterproductive manner… affecting its ability to provide services to communities…

“£2.7 million of apparently arbitrary funding cuts, made without appropriate planning or assessment of needs… they affect the service users whom we support.

“The problems also extend to health boards: last year SAMH was forced to close a successful service in Ayrshire after the local NHS Board withdrew funding, with little consultation with service users. We are now closing a service in Dundee following the withdrawal of funding; which involves £242,000 worth of budget cuts and affects 9 staff and 400 service users.”

Furthermore, figures released under Freedom of Information show that between 2007 and 2009, the number of school nurses in Scotland increased by just 22, despite an SNP pledge (SNP Manifesto, page 10) to double the number of nurses, and despite a pledge (SNP Manifesto, page 37) that every Scottish Health Board would include a membership, half of which would be elected by the public.

With polling clearly showing that it is only Labour or the SNP that stand any chance of taking power in May, the elections look set to be a two horse race, only this time it doesn’t include the two governing parties in London. Expect a fiery campaign.