The week: The Lib Dems' final betrayal over tuition fees, led into the abyss by Nick Clegg and Vince Cable, the prison reform plans, the Cancun summit and more. 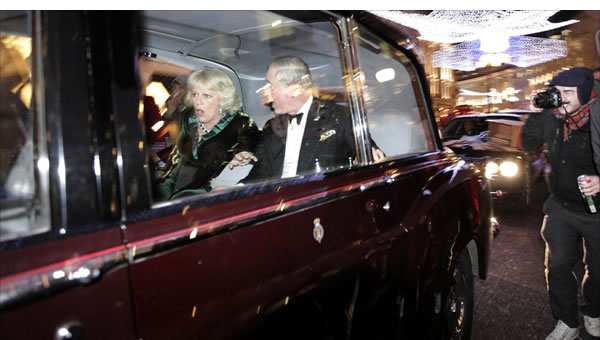 • Liberal Democrat MPs helped vote through the Tory-led government’s trebling of tuition fees in parliament last night, as rioters once again wrought mayhem on the streets of London. The coalition’s majority was slashed by three-quarters to only 21 – with 28 Lib Dems breaking their election pledge and voting for the fees rise, a pledge signed by each and every one of them, which read: “I pledge to vote against any increase in fees in the next parliament.”

On the morning of the vote, Left Foot Forward set out five reasons for opposing the trebling of fees: the rise is only necessary to pay for the drastic cuts in university teaching budgets; the fees rise will leave students from all backgrounds worse off; bankers will end up making a smaller contribution than public sector workers; the proposals appear to mean a 64 per cent cut in bursary funds; and having Lib Dem MPs voting for the proposals would further undermine trust in politics.

Last night, former Liberal Democrat MP Evan Harris made the extraordinary claim that “if you want to get rid of fees, the answer is to vote more Liberal Democrats into power”. In. Credible. Even more inexplicable, Lib Dem MP John Hemming, who voted for the fees rise, today said: “I have not broken the pledge.”

The anger, disappointment and desolation of students is best summed up by NUS president Aaron Porter, who said:

“We’ve taken to the streets in our thousands, won the arguments and the battle for public opinion. We have lost in the House of Commons today only because MPs have broken their promises. We are incredibly disappointed and angry with the politicians who have let us down so badly. They have voted for a policy they know is unfair, unnecessary and wrong.

“But this is not the end, and our protests and our work have sparked a new wave of activism which will grow stronger by the day. As they come for the education maintenance allowance, as they seek to raise interest rates on our loans and as they peddle lies about fairness we will expose their betrayal. I am incredibly proud of the student movement today and we stand ready to fight the next stage of this campaign together.

“Our future is at stake.”

• Thousands of miles away, world leaders have been meeting at the UN climate summit in Cancun. All eyes were on Japan’s prime minister Naoko Kan today, with David Cameron and Mexican president Felipe Calderon urging him to ease his country’s resistance to Kyoto, calling on him “not necessarily to embrace the (Kyoto) protocol, but at least to agree to a form of words that will allow discussions to continue beyond this summit”. However, even if Japan can be won over, Russia might still trigger the collapse of the summit through their intransigence on the same issue.

• The other major domestic policy issue this week was prison reform. On Tuesday, justice secretary Ken Clarke unveiled plans to reduce the prison population from its current high of 85,000 to 82,000 within four years. The reforms, however, risk putting penal reform back a generation, with the motivation for them being cost-cutting, without the necessary investment in rehabilitation.

As Left Foot Forward’s Daniel Elton explained: “If progressives hug Clarke too closely on this issue, they are not only risking putting back the cause of true reform of our penal system back a generation. They are gambling with the safety of those who are most vulnerable to crime. And there is nothing progressive about that.”

Progressives of the week:

Research undertaken by the House of Commons Library that shows women will bear more than two-thirds of the coalition’s tax rises and benefit cuts. It found that, of the £16 billion set to be raised in direct tax, benefit, and pension changes in the Budget and Spending Review, £11bn will come from women, and overall, of the £8.5bn additional tax credit and welfare savings and public sector pension contributions raised in the Spending Review, £5.7bn will come from women.

The Women’s Budget Group, a network of authoritative, independent experts, backed up the findings, saying the Spending Review will impact disproportionately on women’s incomes, jobs and public services. Its own research found that women often act as ‘shock absorbers’ as they try to shield their children from the effects of poverty.

Scotland: The Herald outlined the extent of the cuts to come to Scotland’s care system with one social work chief saying: “In all services we will be moving away from our aspiration to deliver early intervention and preventative services… and focusing on delivering our statutory responsibilities.” Age Scotland said: “By closing residential care units, charging for services currently free at the point of delivery or just not meeting the care needs of individuals, the directors of social work would simply be passing a greater cost to other local government departments and public bodies.”

Wales: Academics warned of the health impacts of the economic downturn, with one of the report’s authors, Dr Eva Elliott, explaining: “The long-term impacts on children and young people are something of a time bomb. We need to protect and develop services to support children and vulnerable young people. If we don’t, we’ll see the long-term effects further down the line.”

Northern Ireland: As the executive continued its wrangling over the budget, Ulster Unionist Party health minister Michael McGimpsey blamed Sinn Fein for the deadlock, saying: “I don’t see signs of Sinn Fein agreeing a budget. I hear lots of talk, but my worry is that they are looking at wider political issues.” Meanwhile, UUP leader Tom Elliott surprised many by announcing that joint UUP-Tory candidates will be fielded in next year’s Assembly elections.

The chairman of the Conservative party in Northern Ireland, Irwin Armstrong, promptly resigned. Speaking of previous phone calls with Northern Ireland secretary Owen Paterson, he explaind: “He rang me up and said it had been agreed we would be running candidates. In politics you talk to your colleagues and you accept that’s what they mean. In this case, somehow, that decision was changed and I wasn’t consulted before it was changed.”

The Netroots UK conference takes place in central London on Saturday January 8th, bringing together hundreds of grassroots activists in central London for a day of workshops, discussions and networking activity. Tickets are only £5 – to register click here.

The following weekend, on Saturday January 15th, Ed Miliband will be the keynote speaker at the Fabian Society New Year Conference. To book, click here.