The Government claims that “We’re all in this together”. But even with Eric Pickles’ 'transition grant' into account, the poorest areas will do worse out of this settlement. 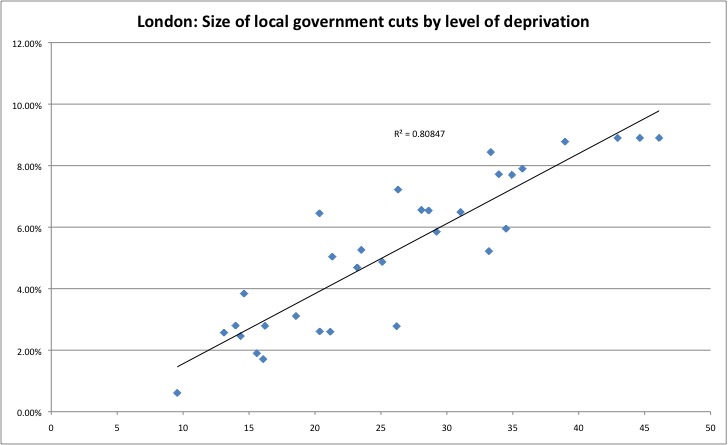 The Government is fond of claiming that “We’re all in this together”. But even taking Eric Pickles’ ‘transition grant‘ into account, it is abundantly clear that the poorest areas will do worse out of this settlement.

Left Foot Forward has carried out a simple econometric analysis of the local government cuts and compared the post-transition grant “change in estimated ‘revenue spending power’ 2011-12” with the 2007 index of multiple deprivation – the last analysis available. The figures speak for themselves.

A similar pattern takes place in metropolitan areas. Here Manchester, Liverpool, South Tyneside, and Knowsley get take the maximum hit of -8.9% while less deprived areas like Solihull (-3.49%), Dudley, (-3.39%), and Trafford (-3.79%) do far better. 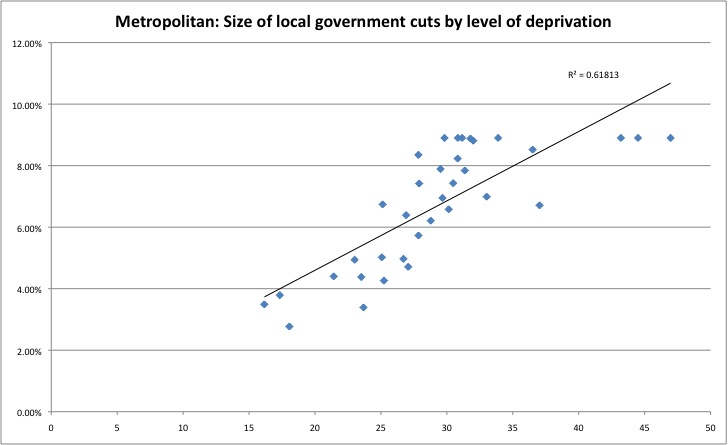 It has been pointed out to me that the local government figures include NHS support for social care. If this were excluded the picture would be even more stark.