Philip Walker unmasks Eric Pickles's sleight of hand to conceal a 10% cash cut in grant funding for council services in 2011/12 - an 18% cut over two years. 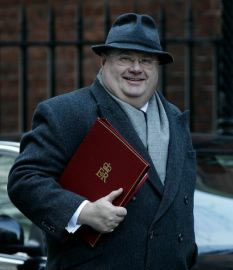 Here is the sleight of hand used by Eric Pickles to conceal a 10 per cent cash cut in grant funding for council services in 2011/12.

Pickles has chosen to focus on his own new and unique definition – “total spending power” which falls by 4.5 per cent next year. His figure includes £24 billion raised from unchanged council tax contributions – none of which comes from the Treasury. Just to put the icing on the cake, he’s assumed that the NHS budget will transfer a further £0.6 billion of its funds to local government.

To focus on what the Treasury is itself putting in, you have to strip out the council tax and NHS contributions. And that leaves government formula and specific grants to local government falling from £31.6 billion this year to £28.5 billion in 2011/12 – a cut of 10.0 per cent.

It gets worse. Pickles has announced a two year settlement. By 2012/13, formula and specific grant funding will fall to £26.1 billion – a cut of 17.6 per cent over 2 years. Take into account the effect of inflation over the next two years, and we’re looking at a cut in funding to councils of about a quarter in real terms.

If you need further convincing, here’s the link to the spreadsheet released by the government last night. To see the real percentage change in grant funding across England in 2011/12, just add up the total of columns M,O and Y, and divide them by the total of columns E and G. You’ll find that the figure for 2011/12 is 9.96 per cent less than for 2010/11.

Of course, funds received from council tax are critical to funding local services, so a focus on spending power is still useful to highlight where the cuts are falling. Councils in deprived areas with low value housing that are dependent on grant funding will need to cut far more than those that can fall back on a buoyant local tax base to fund their services.

So Liverpool will suffer far more than Wokingham. It hasn’t stopped Pickles claiming that this is a “progressive” settlement. And it’s no excuse for Pickles to try and conceal the scale of the Treasury’s cuts to local government funding.

In summary, what Pickles describes as a “fair deal for local taxpayers” in fact cuts government grants to councils by 18 per cent over two years while leaving local taxpayers to contribute exactly the same as before. And remember, these are just the first two years. There’s more to come in 2013/14 and 2014/15.