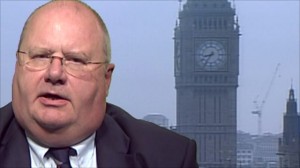 Local authorities are facing significantly higher cuts to their budgets than the coalition government claimed on Monday, new figures reveal. As local councils crunch the numbers, they are beginning to realise that Secretary of State Eric Pickles has done some crafty calculations to give foundation to the claim they will face cuts no higher than 8.9 per cent and only 4.4 per cent on average.

As pointed out by shadow communities secretary Barbara Keeley on Left Foot Forward:

“[The government is] working out percentage cuts to budgets by using a total inflated by council tax and NHS social care funding masks the extent of the cuts in funding to grants from central government.”

Without these additions, the cuts to the formula grant goes up to 16 per cent for some district councils (which don’t have responsibility for social care) and 14 per cent in metropolitan councils.

Looking at the cuts faced by the councils, the highest cuts take place in rural districts, up to 16.8 per cent – largely because they are small and so do not get extra money for things like social services (as they do not have responsibility for this). The metropolitan authorities are also hit a lot harder facing cuts of up to 14 per cent.

Interestingly, Tory-controlled West Somerset has this week warned that it will collapse unless it receives extra help from the government. The council’s grants have been reduced by £600,000 (17 per cent), when you take away council tax contributions (after which it goes down to 9 per cent).

“Mr Pickles has been using some very creative accounting to hide the scale of the cuts he has forced on councils.

“He has invented a new measure of ‘spending power’ which includes not just formula grant funding, but two other components which are outside his department’s remit: council tax revenue, which has nothing to do with central government, and new NHS social care funding.

“This allows him to claim that no council will see a decrease in spend of more than 8.9 per cent and he can deflect attention away from the fact that he has slashed formula grant more viciously, with some councils facing a cut of nearly 17 per cent from next April.”

Blackburn with Darwen council is one of the first councils to publicly critique the government’s claims on the cuts, with chief exec Graham Burgess saying:

“When the government told our councillors we would lose £18 million in the first year that was bad enough. Now we have discovered this is at least £28m.  This is the true cuts figure, and is a tragic double whammy for one of the most deprived areas in England.

“We now need to identify £28m cuts by March 31st next year. Because of this, our councillors will have to make brutal choices about service and job cuts to deliver this massive cut for the government.

“Sadly our original predictions have proved correct. We know other very deprived areas of the North West are also in a similar position.”

Another, more worrying aspect to all of this, as explained by Barbara Keeley, is how this shows that the cuts will have a bigger impact on those living in deprived areas. Councils in wealthy areas raise more money in council tax, making them less susceptible to cuts in the formula grant than those in deprived areas which raise far less as a proportion of their overall funding.