Fully one month after the scale of the government's cuts to school sport were unveiled, politicians, journalists and sports stars have at long last been stirred into fighting back, the realisation of the horror about to be unleashed finally dawning. As Left Foot Forward reported in October, the Department for Education is scrapping the £162 million PE and Sports Strategy - a strategy which has been proven to work, significantly raising participation in competitive sport. 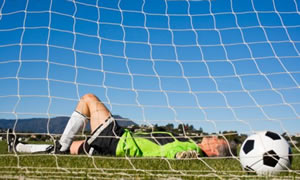 Fully one month after the scale of the government’s cuts to school sport were unveiled, politicians, journalists and sports stars have at long last been stirred into fighting back, the realisation of the horror about to be unleashed finally dawning. As Left Foot Forward reported in October, the Department for Education is scrapping the £162 million PE and Sports Strategy – a strategy which has been proven to work, significantly raising participation in competitive sport.

In addition, the DfE will abolish the target of five hours’ high-quality sport a week to age 16, the hugely successful network of 450 School Sports Partnerships, and ring-fenced funding for 400 specialist sports academies.

All this despite children’s minister Tim Loughton promising a “school sport revolution” as recently as September.

Yesterday, The Observer led on an apparent split in the Cabinet over the cuts, with Nick Clegg and health secretary Andrew Lansley said to be leading the revolt, concerned about the impact on the Olympic legacy and on the effects on obesity and health.

As well as worries about 2012, there are concerns about the consequences for the 2018 World Cup, which England is bidding to host.

“Just as with the 2012 Olympics, the buzzword we keep hearing is ‘legacy’. But if the government are to cut sports funding at school level then who will be around to compete in these great facilities?

“The 2018 World Cup is still eight years away. That should be enough time to develop a generation of footballers who could challenge for the honours. But it won’t happen by itself, and it certainly won’t happen if we keep taking sports money away from our kids.”

“Financially it doesn’t even make sense. Britain is wealthier than countries like Spain and Italy, so why do they have more coaches than us? Clearly it’s not just about having loads of money, it’s about how we direct our resources.

“That’s what I find so troubling about the government’s position at the moment. Surely withdrawing the funding that helps schoolchildren to enjoy sport and exercise only adds to society’s problems?”

To recall, in 1997, only 25 per cent of state school pupils had two hours’ PE a week – the figure is now 95 per cent. Schools also now offer a wider range of sports, with the proportion of schools offering sports like tennis, cycling, golf, table tennis, rugby league and rowing up significantly over the past 13 years. There have also been improvements over the past year.

Indeed, on the eve of the election back in May, then Tory shadow sports minister Hugh Robertson acknowledged the errors his party made the last time they were in power and acknowledged Labour’s successes, largely pledging to continue the good work of the past 13 years – as did the Liberal Democrats.

“… I don’t deny for a moment that playing fields were sold off. The lottery has been a great success but the government has also increased exchequer funding, which I congratulate them for.”

But there was no mention then of any plans to cut back to quite this extent, insisting they had changed and would “not cut savagely” – though he did promise the much maligned “Olympic-style school sports event”.

As The Guardian’s excellent ‘Inside Sport’ columnist David Conn wrote at the time:

“In that sunshine of May 1997, when fresh-faced Tony Blair’s Labour party swept to its election landslide, his new government pledged as one of its social missions to rebuild a school and community sporting landscape which had come close to withering under 18 years of Conservative rule.

“It is a measure of how much the government has achieved in its 13 years, with £5.5bn invested in community sport and £2.3bn in school sport since 2003, that the Conservatives arrive at tomorrow’s election admitting their past mistakes and promising they have changed…

“Robertson admits the Conservatives’ mistakes before 1997, but argues they have changed, and will not cut savagely.

“Those claims remain to be tested, but the facts, after 13 years, are clear. Unlike the Conservatives, who came to the 1997 election having overseen a ransacking of school and community sport, Labour arrives at this landmark election with a record of investment and improvement to defend.”

How hollow do those claims seem now?