At present your Internet Service Provider (ISP) does not discriminate between different types of web data. So the text, images etc. of this Left Foot Forward article are delivered to you at the same speed as a page from the BBC News website or an auction page on eBay. 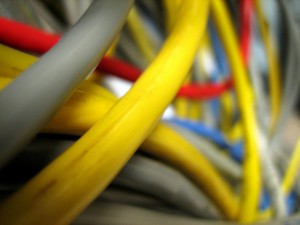 Net neutrality: it sounds a bit geeky, a bit nerdy, and no one in British politics really seems to understand it. The term might have entered your consciousness yesterday if you read one of the stories appearing in the media with a title along the lines of the BBC’s “Minister Ed Vaizey backs ‘two-speed‘ internet”. So what’s the problem I hear you ask?

Public versus private is essentially the problem – that’s the reason why Labour needs a resolute response to Mr Vaizey’s proposals, and why Liberal Democrats should also be profoundly concerned about the coalition’s thinking on this.

At present your Internet Service Provider (ISP) does not discriminate between different types of web data. So the text, images etc. of this Left Foot Forward article are delivered to you at the same speed as a page from the BBC News website or an auction page on eBay.

Fast forward to the internet system advocated by Mr Vaizey and that would not necessarily be so. eBay could strike a deal with your ISP, meaning eBay pages load much faster than Left Foot Forward or BBC pages do.

For text and images you might not notice the difference. But how about video? Not only does online video require considerably more data transfer, but the major UK player in the online video sector – BBC’s iPlayer – is run by a public sector broadcaster. It would, as a matter of principle, not enter into bargains with some ISPs rather than others for faster provision of its services.

There’s an alternative company that would have no such qualms; News Corp, already dominant in the UK newspaper market, is aiming to take full control of Sky, and Sky is already an ISP as well as a television company. Get Sky Sports on your PC in HD quality, but iPlayer will be clunky and slow.

Mr Vaizey says all of this is not a problem in a liberalised market as consumers can change their ISP freely. True in theory, but anyone who’s ever gone through that process knows it is time consuming and fraught with difficulties. A simple choice akin to buying one brand of baked beans or the other it is not. As ever Tom Watson is doing his best to highlight these issues – and yesterday pubished a Commons Early Day Motion on this issue – but he seems to be rather a lone voice in the Labour party just now.

It is time more progressives woke up to these issues.

• For more on the issue see ArsTechnica and The Guardian’s Organ Grinder blog.