Dan Smith highlights the impacts of the Future Jobs Fund in Brighton and Hove, arguing it has proved cost effective, helping long-term claimants off benefits. 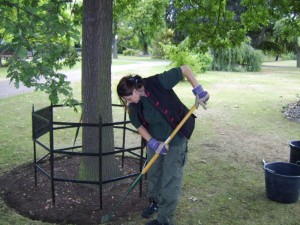 Dan Smith has previously worked on recruitment and employer engagement for Brighton & Hove City Council on the Future Jobs Fund; here he looks at the impact of the fund and contextualises it within the proposed changes to the benefit system

For the past 15 months I have worked on recruitment and employer engagement on the Future Jobs Fund (FJF) at Brighton & Hove City Council. In that time 400 new vacancies have been created across the city for long-term unemployed 18-24 year-olds. Partners range from community-based arts projects to local charities and social enterprises. Half of the jobs have been match-funded by employers to create apprenticeship or NVQ training and by March 2011 500 jobs in total will have been created.

After that, however, the picture isn’t so clear. Just over a quarter of current benefit claimants within the city are young people and an astonishing 1 in 5 are graduates. With cuts in housing benefit and the introduction of a universal credit it’s difficult to see what their fate will be, but prolonged gaps of unemployment can be fatal.

The FJF was one of the most high profile policy initiatives of the Labour government and, as an apparently costly enterprise, it’s not surprising that the coalition government scrapped it.

Providers are allocated £6,500 to subsidise a FJF placement for a minimum of 25 hours per week for 6 months – but the cost of Jobseekers Allowance and Housing Benefit (not to mention additional outgoings such as free prescriptions and free dental care) can often outweigh this figure.

Furthermore, where employers can match-fund, claimants come off the books for 12 months and rarely return. Only 17 per cent of young people coming through the FJF in Brighton have returned to benefits, with most finding work elsewhere, having their contract extended, or return to education.

All year-long placements within Brighton & Hove also have fully-funded apprenticeship or NVQ training. Hence, the added value of taking people off benefits long-term and increasing people’s earning potential and career opportunities seems like value for money, particularly in this time of austerity.

Critics of the FJF have dismissed jobs created as glorified work placements or work experience. The key to the success of the Future Jobs Fund, however, is that, unlike most previous Jobcentre Plus schemes, the recruitment process is fully competitive and the jobs are paid at least the minimum wage (through the funding).

The FJF isn’t just a ‘Jobcentre scheme’, it’s a job with an actual employer, with training and with a professional reference – and participants benefit much more than they would from forced volunteering.

Furthermore, because the NHS has match-funded the vacancies, all employees will complete relevant apprenticeship or NVQ training. The coalition government might be treating the NHS with disdain currently, but you could hardly profess that they weren’t proper jobs. Indeed, the FJF has provided a unique opportunity for organisations to reach out to a more diverse workforce and ensure, through the use of apprenticeships, that skills are not lost.

The FJF has also been criticised as tax consuming because it moves money around public bodies. The truth, however, is that the FJF spans a range of sectors and industries beyond the public sector and local government – charities, community organisations, the voluntary sector and social enterprises. Or the ‘Big Society’ as David Cameron calls it.

The only restriction is that government money, quite rightly, shouldn’t be used to subsidise employment within the commercial sector. Sussex Central YMCA – one of the biggest local charities – has taken over 100 people through Brighton & Hove’s FJF. Roles range from Trainee Sports Workers to Trainee Retail Workers. They have been able to use the support of the FJF to expand their number of shops, open a sustainable recycling plant to provide cheap white goods to poorer families and establish a painting and decorating social enterprise.

All of these have been made possible by the FJF and will continue long after it ends but, if the government is serious about the community/voluntary sector stimulating the economy, then it does require financial support.

People coming through the FJF include care leavers, people with drug/alcohol problems, ex-convicts, former refugees and homeless people. For many young people it is their first job and they could be breaking generations of entrenched family unemployment. Without the FJF, they wouldn’t have this opportunity.

Voluntary and community groups, unlike most private sector organisations, have much more experience of working with these vulnerable groups and, without that support and the confidence that a real job brings, they might be just another lost generation. The FJF could be dismissed as a cynical attempt by the previous Labour government to gerrymander unemployment figures, but the success of the FJF shows that the benefit system can be more than a safety net, it can be a positive force for social mobility.

The success of the FJF also illustrates the ability of the public sector to deliver change within the benefit system. The Flexible New Deal and impending Work Programme constitute the piecemeal deconstruction of the welfare state, but the FJF – in many places – was delivered successfully through Jobcentre Plus and local authorities without commercial intervention. The answer, therefore, to most of society’s ills is not always the private sector.

The FJF was a counter-recessionary measure used by the previous Labour government to control rising youth unemployment, but if the current government is really serious about helping those less well off and rewarding work, then it should be reinstated immediately. Furthermore, it should be expanded to help all those furthest from the labour market – single parents, drug/alcohol users, ex-offenders, over-50s and people with disabilities.

The benefit system shouldn’t be about giving people enough to survive whilst demonising them for costing the state money, it should be about empowering people and raising aspirations. In this regard, the Future Jobs Fund was an overwhelming success.

25 Responses to “A defence of the Future Jobs Fund: Where now for the young employed?”