Something has to be done about the country's digital infrastructure. It is the good that the government recognises this, but like the Labour administration before it, the Lib/Con coalition repeatedly fails to grasp what needs to be done and how to do it. 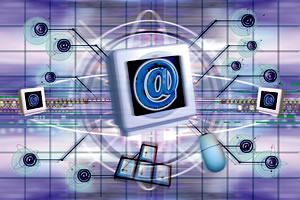 The FT World Telecoms Conference is an annual gathering of top management from telecoms carriers throughout the world. It isn’t a high profile event for the general public, yet this is the platform where minister Ed Vaizey announced the future of the internet in the UK. Mr Vaizey praised the UK’s grossly inadequate current investment in internet infrastructure – however, the key point in his speech was about the abandonment of net neutrality in the UK.

What does net neutrality actually mean? Net neutrality can be hard to define because of technical issues involved. But according to one of the world’s experts on it, Professor Tim Wu of Columbia Law School in New York, it is a principle that advocates no restrictions by internet service providers, infrastructure providers or the government on content, sites or different ways of using the ’net. It is an online ‘free market’ in its purest sense.

Do we have net neutrality today?

In some ways we don’t. Certain uses of mobile networks are frowned upon, in particular voice-over-Internet-Protocol (VoIP) services that provide telephony over the internet like Skype are restricted on a number of mobile carriers. Vodafone blocks photo-sharing service flickr by default on its mobile broadband dongles and many ISPs use ‘traffic-shaping’ techniques to restrict the use of P2P file exchange services.

Part of the reason is that mobile carriers have a restricted capacity to carry information over their networks, and build-out of additional wireless towers have been severely restricted in the UK for the past number of years. However, Mr Vaizey is taking this state to a whole new level: providing privileged access to content providers.

This situation is analogous to the illegal practice of payola, where radio DJs and radio stations are paid by record company agencies to play certain records.

A lack of transparency

A big problem is the lack of transparency on what consumers are actually seeing. Mr Vaizey proposes that:

“… present information about their service, including the nature and extent of their traffic management policies and their impact on service quality [should be available] in a clear, visible and easy to understand form for all their customers.”

In a place like a university it may only be the network manager that sees this, or the decision-maker in a household glancing through the terms and conditions of a contract.

Abandoning the principle of net neutrality would disadvantage non-UK content providers who currently enjoy a UK audience. It creates a de facto UK content-protected market, breaking the principles of the European Union. It would directly affect small-but-growing US start-ups: the Facebook’s of tomorrow, or foreign news sources. Imagine the diplomatic coup that China could gain if it claimed that access to the English edition of People’s Daily was unfairly restricted in the UK – a mercantile-driven Great Britannic firewall.

Not a slam dunk for paying media companies

One of the big problems with public networks is that ‘quality of service’ systems needed to provide a preferential service don’t work all that well, so media companies may not get advantage they’ve paid for merely by having their web traffic prioritised. So ISPs maybe want to ensure differentiation by outright blocking of competitor sites or services.

Will this solve the UK’s broadband problems?

Infrastructure providers would have increased margins, which they may choose to build out better networks with; on the other hand they could just pocket the cash and give it to their shareholders. Consumers could be unmotivated to upgrade because their real-world online experience may not change positively. Mr Vaizey’s speech did not seem to tie infrastructure build-out to his proposed ’net neutrality free pass. It certainly isn’t going to help the mobile industry whose biggest challenge is NIMBY mast protestors and timid council planning panels.

Secondly, David Cameron’s ambitious plans for digital start-ups in the UK would be adversely affected as these bootstrap operations would be throttled literally and figuratively in favour of established media businesses. What would be the incentive to set up a digital start-up business in the UK?

Something has to be done about the country’s digital infrastructure. It is the good that the government recognises this, but like the Labour administration before it, the Lib/Con coalition repeatedly fails to grasp what needs to be done and how to do it.