In an appearance before the Welsh Assembly’s finance committee yesterday, the Liberal Democrat’s cutter in chief, Danny Alexander, performed what can only be described as the next in a long line of Lib Dem U-turns, this time on how the devolved administrations are funded by Westminster. 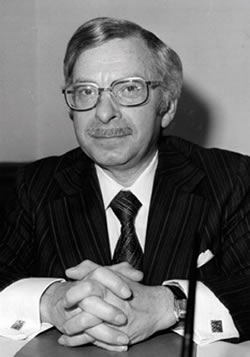 In an appearance before the Welsh Assembly’s finance committee yesterday, the Liberal Democrat’s cutter in chief, Danny Alexander, performed what can only be described as the next in a long line of Lib Dem u-turns, this time on how the devolved administrations are funded by Westminster.

In 2009, the Independent Commission on Funding and Financing for Wales, chaired by the economist, Gerald Holtham, outlined how under the Barnett Formula, used to calculate the block grant for Scotland, Wales and Northern Ireland, Wales lost out by £300 million a year, which would amount to £8.5 billion over the next decade.

The reason? The Barnett Formula is not based on needs. However, speaking to AMs on the finance committee, the Chief Secretary to the Treasury argued:

“… as a government it is not our policy to reopen the question of the Barnett formula or the funding allocations within the United Kingdom whilst this very serious fiscal consolidation is going on.”

Rewind back to the general election, and it is clear that Alexander was elected on a clear mandate to reform the funding formula, with the Lib Dem manifesto having made crystal clear the party’s commitment to (page 92):

“… replace the current Barnett formula for allocating funding to the Scottish, Welsh and Northern Irish governments with a new needs based formula, to be agreed by a Finance Commission of the Nations.”

Putting aside the minister’s screeching u-turn, Alexander’s suggestion that reforming Barnett would be somehow complicated or expensive doesn’t chime with expert opinion. In publishing his committee’s interim report, Holtham concluded:

“In the past it has been suggested that a needs-based formula would have to be extremely complicated in development or design, making it prohibitively difficult to devise or operate.

“Our analysis suggests that this is not the case – a needs-based replacement for Barnett could be relatively straightforward, and based on no more than half a dozen or so simple proxies for need.

“Such a formula could therefore preserve the simplicity and automatic character of the Barnett formula which has been its main justification.”

What is more, even Lord Barnett who as a Labour predecessor to Danny Alexander introduced the Barnett Formula in the 1970s has called for the system which bears his name to be scrapped. Writing in the Times last January he declared:

“What has become known as the Barnett formula has to go. When I introduced it, as chief secretary to the Treasury, I did so to make life a little easier when negotiating public expenditure settlements for Scotland, Wales and Northern Ireland. The idea was not to give Scotland an advantage over the rest of the country.

“I thought it would last about a year, not 30 years. And over those three decades, while many thought it would eventually bring spending across Britain into line, it has of course done the opposite and looks increasingly unfair to the regions of England.”

Even the Lib Dem’s coalition allies understand the need for a reformed funding system, with the Chair of the Assembly Finance Committee, Conservative AM Angela Burns having told the Treasury Minister:

“As a committee, and as an assembly, in the main, we believe that Barnett is unequal. We are seeking a needs-based formula – the Barnett formula has run its course.”

When will Danny Alexander wake up and smell the coffee?