We may never know who killed Linda Norgrove, but blame must surely lie squarely with the kidnappers rather than those who risked their lives to save her. 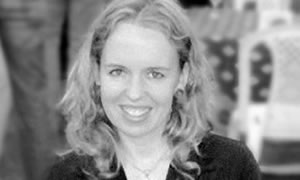 It sounds like the clichéd title of a suspense novel but it has taken on an all too real and tragic meaning this week. It is a question that many people will take varying degrees of interest in but Linda Norgrove’s family and friends may be almost obsessed with, an eventuality that unfortunately may last for a very long time.

Originally it was revealed that the British aid worker had been killed by her captors while in the process of being rescued but now evidence seems to suggest that she may have been killed instead by the soldiers sent to free her.

Undoubtedly there will be calls for those responsible, should they prove to be friendly, to be brought before a board of inquiry or even be put on trial; this may be at the behest of Ms Norgrove’s family and friends or complete strangers outraged over what they consider to be yet another illustration of military incompetence in a war that cannot be won. There will also be talk of conspiracies and cover-ups by the British and American governments.

At present facts are fairly scarce. Ms Norgrove was a civilian, that much seems fairly obvious, but she was operating in an area where few western civilians would venture and none in their right minds would consider safe. For a snapshot of the situation in Kunar province, Sebastian Junger’s new book War and the documentary film Restrepo can provide a poignant example of a soldier’s life in the Korengal Valley.

She was there of her own volition but it would seem safe to say that she knew the risks that she was taking. Kunar province lies along the border with Pakistan, a remote and hostile environment where even heavily armed soldiers are in grave danger.

She was abducted by a group with a history of violence, kidnapping, and murder; and when news broke that she had been taken there was a sense among those familiar with this situation that the worst needed to be prepared for. It seems more than likely that her captors did not intend to keep her alive her for an extended period of time.

A common question will be: she was a British national and so why were US forces used? Was it because of British military incompetence or the need to pass on responsibility and blame? The simple answer is no: it was because the Americans have been operating in Kunar province extensively for well over two years, know the terrain and its inhabitants better and British Special Forces are overstretched and overworked.

And, despite suggestions to the contrary, US Special Forces are professional, dedicated, and superb soldiers. The Special Forces community is small and cooperation and training between operatives of different nations is a normal process. The Special Air Service (SAS) was consulted about the rescue operation by their American counterparts and were satisfied that the operation could be carried out effectively.

The unfortunate truth is that a hostage rescue is a public operation that the world will scrutinise with a microscope. It often involves fighting in built up areas (FIBUA), which is one of the most dangerous operations any soldier can engage in; confusion rages as sensory overload takes hold and despite the skilled operatives undertaking the mission accidents can and will happen.

A stray round could pass through a door or wall or, as it seems in this case, a grenade meant for the enemy may roll the wrong way or deflect off an obstacle to detonate in a location that it was not meant for. No one can legislate for the mayhem, chaos and tragic randomness that is the essence of combat and it is more than likely that the full truth will never be known.

It will no doubt be argued that the British government should have negotiated as it very well may have done to secure the release of Peter Moore late last year. This has always been denied, of course, and would prove to be highly embarrassing if it is proved. It was never on the cards for Linda Norgrove or a realistic possibility; it would have undermined so much of what is trying to be accomplished in Afghanistan.

Remarkably, intelligence was gathered quickly of her whereabouts, something that is commendable in itself given where she was abducted and held. A rescue operation was the best option available given the narrow window of opportunity and the nature of her captors and it would not have been undertaken or authorised had it not been given a reasonable chance of success.

The friends and family of Linda Norgrove have, unfortunately, lost someone very dear to them and the fact is that no explanation will ease their pain. Looking harder and deeper for an explanation that they feel will be satisfactory may be a long road with no redemption at its end. It is difficult to accept that a loved one’s life may be lost by chance, by nothing more than a stray shard of metal or the slip of a hand.

Many people always need to look for a deeper meaning that simply is not there.

There is no simple answer to the question of who killed Linda Norgrove but, even should it be found that it was not her abductors directly, blame must surely lie squarely upon their shoulders rather than on those who risked their own lives to save her.

8 Responses to “Who killed Linda Norgrove?”