Over the last fortnight it has become clear: the govt. is planning a wholesale assault on universalism; should we defend the middle class welfare state or not? 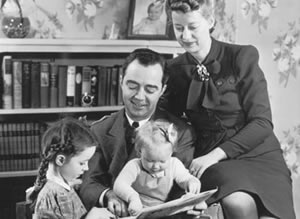 Our guest writer is Ben Baumberg, researcher at the LSE and co-editor of the collaborative blog Inequalities

Over the last fortnight it has become clear: the coalition is planning a wholesale assault on the middle-class welfare state. The cuts in child benefit to higher-rate taxpayers have been followed by the Browne Review, and more of the same is going to come. In response, Ed Miliband has been defending the ‘squeezed middle’ and standing up for universalism.

Yet what he needs to develop – and quickly – is a coherent narrative on universalism vs. means-testing, in order to avoid both confusion on the left, and the prime minister’s accusations that this is naked political positioning.

From a traditional left-wing perspective, Mr Miliband is right to defend universal benefits – as previous posts on Left Foot Forward and Inequalities explain. Means-tested benefits create perverse incentives, where people get penalised for working harder and saving more. They are complex and often stigmatising, meaning that fewer poor people claim them.

And perhaps most damagingly of all, they change the very nature of the welfare state – from collective solidarity to poverty alleviation, which in the long-run leads to lower support and worse provision.

But it simply isn’t enough to defend universalism. Labour agrees that cuts need to made – and for any given level of cuts, if we take less from middle Britain then we have to take more from the poor. In fact the problem is worse than this: the welfare state has been trying to do ever-more – expanding higher education, new services for pre-school children, ever-increasing demands in health and social care. We simply cannot afford to make everything universal.

If both extremes are undesirable, it should be an obvious question to ask “which parts of the entire welfare state should be universal?” But somehow, neither academics nor wider thinkers on the left have engaged with this directly (Many academics have dealt with parts of this– for example, Theda Skocpol in the US and Richard Titmuss in the UK have thought carefully about the benefits of universalism – but they have not systematically dealt with where universalism is most important).

In the absence of anything definitive, it at least helps to start with a few possible principles.

Firstly, how likely are better-off people to use private welfare provision, and how damaging is this to inequality? Inequalities in old age are driven by the extent of private pensions provision – countries with earnings-related state provision have more equal outcomes because they have fewer private pensions. Conversely, certain aspects of private healthcare (e.g. paying for private rooms) may be less damaging, simply because they buy little beyond public provision.

Second, what are the wider consequences of means-testing particular parts of the welfare state? Some services have positive – or negative – side-effects beyond their primary goals, such as the role of children’s centres in creating social capital between mothers. Given the enormous popularity of Surestart from families across society, we can speculate that universal Surestart centres (aside from their positive impacts on child outcomes) create solidarity between parents in parts of society that otherwise rarely integrate.

The targeting of potentially solidarity-generating institutions such as schools, housing and Surestart may therefore be particularly damaging for a cohesive ‘Big’ society.

Third, which parts of the welfare state can be means-tested without damaging public support? We can think of the NHS as a beacon of public support sustained by universalism. Yet some parts of the NHS are not free – prescription charges are means-tested for very sensible reasons – and people who use private healthcare are still strong supporters of the NHS. Elsewhere, studying at university is self-evidently a ‘deserving cause’, which makes means-tested higher education unlikely to suffer catastrophically declining support – but again, evidence is lacking and the issues are complex.

Perhaps even giving benefits to the ultra-rich undercuts support for the benefits system because it seems like a waste of money, which would fit the initial public support for the principle of child benefit cuts.

The last Labour government partly responded to this through the principle of ‘progressive universalism’ – giving something to everyone, but more to the worst-off – which people like John Denham rightly say is close to most people’s view of a ‘fair’ system. Yet for all this rhetoric, the extension of means-testing – from 35 per cent to 41 per cent of benefit spending – does not seem to have been done in a consistently well-thought-out way that satisfies key principles. (This refers to benefits + tax credits, but not other public services, for which see here; figures calculated from source data on benefits, Working Families Tax Credit and current Tax credits.)

Mr Miliband somehow needs to avoid several temptations: not to give in to the siren call of means-testing everything, nor to universally defend universalism. To help him in this, we need to think through the welfare state systematically, rating the impact of targeting and means-testing against a complete set of principles – and come up with a plan for targeted universalism that is both affordable and which defends the key achievements of the middle-class welfare state.

36 Responses to “Should we defend the middle class welfare state?”