The Ministry of Defence has agreed to cuts of around 8 per cent in the department’s £37bn annual budget. Frank Spring looks at the likely impact of the cuts. 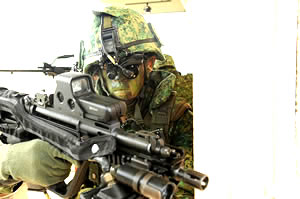 The Ministry of Defence has agreed to cuts of around 8 per cent in the department’s £37 billion annual budget, the BBC revealed today. The Army has to cut about 7,000 personnel over the next five years; the navy will have fewer new aircraft and its overall fleet will be reduced – though it will get two new aircraft carriers; and RAF bases will close, with the Joint RAF/Fleet Air Arm Harrier force set to face the axe while some RAF Tornado jets could be saved.

The agreement, on the eve of the Strategic Defence Review, came as the Chief of the General Staff warned the prime minister he could not accept cuts in Army numbers and training which would hamper the Afghan operation – forcing Number 10’s hand, Downing Street sources last night saying David Cameron had blocked Treasury demands for 10 per cent cuts in the MoD’s budget.

Writing in The Daily Telegraph last month, Con Coughlin had warned that Britain’s Strategic Defence and Spending Review was in danger of turning into an “unseemly squabble between the rival Services”; this was fair enough, but hardly comprehensive – the squabble over the defence budget has escalated to the highest levels of the coalition government in recent weeks and has now jumped the Pond, with both US Secretary of State Hillary Clinton and Secretary of Defense Robert Gates inveighing against stark cuts in the British defense budget.

Some of the concern may be based on numbers. NATO members are expected to spend 2 per cent of gross domestic product on defence, although in practice Britain has been the only NATO member besides the US to regularly meet this standard; current cuts would bring British spending in at below 2 per cent.

Both Clinton and Gates, however, understand budgetary constraints, and the percentage decrease in British spending is comparable to that of the US, where spending could fall from 4.9 per cent of gross domestic product to 3.5 per cent. Many of the cuts in the American defence budget, however, have come from procurement – weapons-systems and platforms like the F-22 Raptor and the Future Combat System manned vehicles have been scrapped, while others, such the Littoral Combat Ship, have faced cuts in order to avoid future abolition.

Where possible, the cuts have been made according to a sense of what the US’s future defence needs will be – the F-22 was a Cold War relic, for example, while the utility of the FCS was always up for debate. The Littoral Combat Ship, by contrast, is designed for, among other things, near-shore surface warfare against small boats, useful against Somali pirates or violent extremists in coastal or islanded areas, and for protecting major assets like aircraft carriers against swarming boats, yet even it might not survive the cuts. Spared from the axe was the Joint Strike Fighter, seen as an asset in multinational coalition operations such as the one in Afghanistan.

Anticipating the nature of future challenges has been a responsibility for every major national power’s defence chief for as long as such posts have existed, and no prediction can be absolutely accurate. Making allowances for that, however, the cuts in UK defence have been strangely out of sync with the kind of conflicts Britain is likely to face in coming years and does, in fact, face now, and it is this that should have US officials concerned.

While British defence policy should in no way be determined by the needs of the United States, interoperability is the order of the day and looks likely to be the order of tomorrow. What, then, would be of utility both to Britain’s own independent interests and to its joint operations, and would not sink the financial ship?

The first answer is easy: well-resourced, highly-trained, mobile infantry and special forces. It is hard to imagine a conflict in which such a force would not be of the first value to Britain or a NATO coalition, and, indeed, British troops continue to distinguish themselves in Afghanistan. Yet, as has been covered here at Left Foot Forward, the coalition government has threatened to reduce the British infantry by a brigade or more, including scrapping the Gurkhas.

What else would be of independent and cooperative use? Naval forces capable of engaging in anti-piracy and near-shore support operations – essentially, frigates, the kind that Coalition has scrapped to allow for supercarriers.

What of the plans that are going ahead? The biggest procurement is, of course, the supercarriers. Carriers, and their attendant battlegroups, are primarily useful in state v state wars, where an enemy has fixed terrestrial or naval assets to be bombed. One wonders what country on the other side of the world the coalition government imagines it will need to fight in the coming decades. From an interoperability standpoint the carriers’ value is questionable at best – an extra platform here and there is always handy, but the US has carrier battle-group capacity of its own.

Of even greater expense is, of course, Trident. The coalition has not renewed Trident yet; indeed, it has bravely thus far not taken any position at all on the £97 billion question. Apparently, the notion that to govern is to choose was wrong all along.

So US officials are left with this: a close ally cutting or scrapping capacities they both need today – and will likely need tomorrow – in favour of major procurements of questionable value and indecision on the biggest procurement question of all. It is no wonder Clinton and Gates felt moved to voice their concern; it is to be hoped that someone, perhaps even David Cameron, might be listening.