John Redwood today writes that spending will continue to rise. He is wrong: public spending will be cut dramatically and will make up the bulk of deficit reduction. 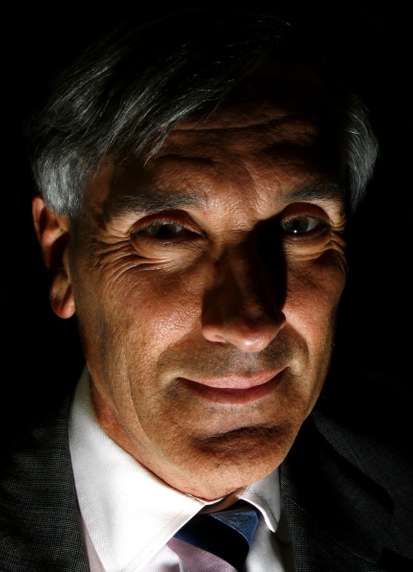 John Redwood uses an article in today’s Times (£) to peddle the myth that far from cuts taking place, public spending is set to rise over the next five years. In an interesting piece for Conservative Home, the thoughtful Tim Montgomerie has taken Redwood and fellow outriders Dominic Lawson and Allister Heath to task for “making the Right look out-of-touch with the real world”. As well as getting his internal politics wrong, Redwood is also out to lunch on the economics.

Redwood concludes that allowing for 2 per cent inflation each year:

“You still end up with a small increase in total current spending over the five years.”

The number is, of course, entirely arbitrary. CPI inflation is now 3.1% and RPIX is 4.6%. Adjusting for inflation, ippr’s Director Nick Pearce has shown:

“But that’s not the whole story. PSCE is divided into Annually Managed Expenditure and Departmental Expenditure Limits. The former covers things like social security benefits and debt interest payments; the latter is current spending on services like the NHS, schools and so on. In 2010/11, this spending on departmental services is £342.7 billion. By 2015/16, that figure is set to be £340 billion in cash terms and £301.4 billion in real terms – a real cut of over £40 billion.”

2. A better measure of public spending is as a proportion of GDP.

When the economy is growing and living standards are rising, why should spending on health, education and other public services not increase accordingly? If public sector salaries were capped at the inflation level, we would never see any rise in living standards for public sector workers. And as Montgomerie points out, “the rate of inflation in much of the public sector (not least defence) is higher than the average growth in prices.”

3. Tax will make a tiny contribution to deficit reduction.

Redwood claims that taxes will contribute 43 per cent of deficit reduction next year. This is true but by the end of the Parliament, the Treasury figures show that tax will have contributed a much smaller 26 per cent (falling to 23 per cent in 2015-16).

But this only tells part of the story. The Office of Budget Responsibility suggests that falling growth will mean that the net tax rises announced in the June Budget of £8.2 billion by 2015-16 (Budget Table 2.1) will actually deliver just £3.2 billion (Budget Table C12). This would mean that taxation would contribute much less than initially thought. Put another way, public spending is going to contribute the bulk of deficit reduction.

Redwood claims that as jobs are lost in the public sector, others will be created elsewhere. He suggests that “natural wastage” will reduce the human impact. The bad news is that the private sector recovery is showing little sign of picking up. The Federation of Small Businesses says today that “10.4 per cent of firms expect to decrease employment over the next three months as business confidence in future prospects and revenue growth weakened over the July to September period.” Meanwhile, fewer jobs means fewer opportunities for new entrants to the labour market and a bleak outlook for new graduates and school leavers. And, of course, a rising level of unemployment means more public spending has to be spent on jobless benefits.

5. Unemployment was stubbornly high during the 1980s

“From 1983 to 1989 employment rose strongly. This was a period when public spending as a proportion of national output fell from 42 per cent to 35 per cent owing to strong private sector growth.”

Thanks to Tony Dolphin for his help with this piece.

26 Responses to “Five reasons why Redwood is wrong”