Graduates who choose a public service career over the City will be worse hit by Lord Browne's proposals, explains Left Foot Forward's Will Straw. 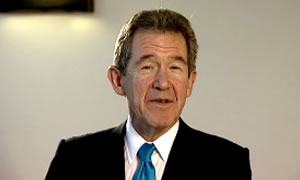 Graduates who choose a public service career over the City will be worse hit by Lord Browne’s proposals. Although those on lower incomes will pay back a smaller proportion of their loans, graduates in top paying jobs will end up making smaller contributions than students on middle incomes.

The Browne review recommends scrapping interest free loans and introducing a market rate of interest worth 2.2 per cent. Under the current arrangement, the average student debt of £13,500 over a three year course remains £13,500 in real terms if left unpaid. But under Lord Browne’s plans, the compound interest paid over the 30 year period will almost double the value of the debt. Average debt is expected to rise to £30,000 – over 30 years, the value of the loan if no contributions are made will be £57,630.

In practice, no individual will pay back that figure since annual payments are capped at 9 per cent of earnings above £21,000.

Nonetheless, some career paths will result in higher contributions than others due to the market rates on the loans. Once again it is the middle who will get squeezed:

The result is that while students choosing career paths which pay under the national average will do relatively well from the arrangements, graduates in the middle will fare worse than those who choose lucrative careers in business or finance.

NB: I’ve just spotted that my model excluded the final year payments for those earners who were able to pay off the principal before the 30 year period ended. The spreadsheet can be downloaded here for anyone who wants to play around with their own numbers. The central point, however, still stands.

An earlier version of this piece appeared online automatically before our calculations were complete.