Joss Garman puts Ken Livingstone, Boris Johnson and Oona King's green policies and record to the test - read on to find out who comes top. 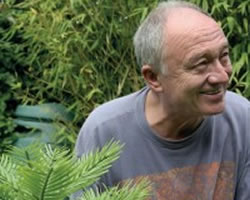 Ken Livingstone announced today that he’d put environmental policies to tackle climate change and create jobs “at the top of City Hall’s agenda” if he is selected as Labour’s candidate for London Mayor.

Launching his green manifesto this morning, Ken said he would:

• Accelerate the introduction of low-carbon buses and vehicles;

• Use the GLA’s procurement powers to increase investment in green industries;

• Campaign for a change in the law to make it illegal for Landlords to let properties rated F and G on energy efficiency (the lowest ratings);

• Make the case for state-owned banks to invest £10bn in green industries;

• Back calls to transform the publicly owned Royal Bank of Scotland into a Green Investment Bank to kick-start a wave of investment in green technologies which would create 50,000 new green jobs a year.

Ken already has a very strong green record. Indeed, Boris Johnson’s most successful green policies – the introduction of the bicycle hire scheme and also the cycle ‘highways’ – are both scaled back versions of schemes initiated by Ken back in 2007.

Other important green policies introduced by Ken have been either axed or scaled back by Boris. Perhaps most famously, Boris pledged to scrap the western extension of the congestion charge, and he already did axe the CO2 charge, which was aimed at deterring the most gas-guzzling cars from central London. These were both seen as electoral moves to try and win support from drivers, and in particular those drivers who live on London’s outskirts.

However, Boris pledged he would have scrapped the Western Extension by Autumn 2009. Now as the summer of 2010 comes to a close, it is thought that the only way Boris could still afford to go ahead with this flagship policy of his is by hiking up public transport costs.

Earlier this year, Boris did oversee a hike in bus and tube fares, which saw the highest fare rises in Transport for London’s history (in real terms). There was a 20 per cent increase in the price of a single bus journey. In contrast, Ken has said he’d cut bus and tube fares.

Ken outlined earlier this year how he would cost this:

“… through the restoration of the western extension of the congestion charge, both reducing traffic levels and generating at current figures £70million a year, alongside the introduction of a higher £25 charge for the most polluting gas guzzlers – which if it had not been axed by Boris Johnson would already be generating around £50million a year. These two measures would make it possible to hold down fares.”

Beyond the implications for taxpayers (and users of public transport) of Boris’s decision to scrap the Western extension and the CO2 charge, there are also obviously implications for pollution levels and the consequent impact for both climate change and the health of Londoners. Last December the European Commission threatened to sue Mayor Boris for his inadequate plan to deal with air pollution levels in the city. If this goes ahead, it could result in fines costing Londoners up to £300 million.

With London’s pollution levels so high, it is no wonder Boris has also quietly but significantly lowered London’s own carbon targets for transport emissions from 4.3 million tonnes of carbon dioxide to just 0.5 million, and he has also been accused of covering up health reports into pollution-caused deaths in London. One study – commissioned by the Mayor himself – linked high rates of so-called PM10 pollutants and nitrogen oxide in London to 4,300 premature deaths a year. The environmental impact of all the traffic could yet see off Boris’s plan to scrap the Western extension.

Unlike Ken, the other Labour mayoral candidate, Oona King, has not made her environment polices so central to her campaign. However, she has agreed with Ken that climate change is “the single greatest threat facing our planet” – which stands in stark contrast to one column Mayor Johnson wrote in The Spectator, which applauded President Bush’s decision to oppose the Kyoto protocol.

Oona hasn’t outlined such detailed green policies as Ken but she has pledged to reintroduce the Western extension of the congestion charge and make the GLA’s buildings carbon neutral.

6 Responses to “Who will turn London green?”