Labour's economic direction is far from determined. But the ratio of taxation to spending is just as important a discussion as the speed of deficit reduction. 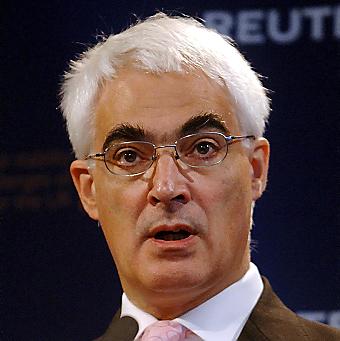 Labour may have chosen its new leader, but its approach to deficit reduction is still to be nailed down. On the day that Alistair Darling gave his valedictory speech to the conference, there is no certainty regarding the identity of his successor. David Miliband, Ed Balls and Yvette Cooper stand out as the most likely candidates.

The dominant battle-line on the deficit has been drawn between Balls and Darling, with Balls advocating a slower approach to Darling’s plan to halve the deficit by 2013/14. The economic argument for Balls’ case is that resisting retrenchment will enable the economy to recover more quickly, the political case is that it provides Labour with a discernible, positive alternative to the Coalition’s turbo-paced approach.

But there is another – fairly obvious but nonetheless too often ignored – side to the debate. This is the extent to which deficit reduction should be borne by taxation rather than spending cuts. During the election, Labour suggested a 2:1 ratio while the Tories went for 4:1 – a policy they are now implementing with the Liberal Democrats.

A third view is suggested today by Labour MP Chukka Umunna in the cross-party Litmus newspaper. Umunna argues for a 50:50 ratio of spending cuts to taxation with the extra taxation coming from tripling the bank levy (£5 billion), introducing a mansion tax (£2 billion), retaining the supertax on bankers’ bonuses (£2 billion), and enforcing a per plane air duty (£3 billion). Umunna points out that this 50:50 ration is the same used by Ken Clarke, when Chancellor in 1994. Will Straw has put forward a similar plan on Left Foot Forward, while the economist Duncan Weldon has also argued for such an approach.

Appearing on the Andrew Marr Show, in his first TV interview as Labour leader, Ed Miliband appeared to be in agreement with Umunna. Refering to Darling’s timing of the deficit, he said

“Broadly I think it’s the right starting point. I think we should keep looking at that plan, see how we can improve it. So, for example, I think we can do more on taxation from the banks just as one example.”

Also writing in Litmus, David Boyle, a member of the Liberal Democrat’s federal policy committee, claims that increasing income tax will only lead to tax avoidance, and argues instead that fiscal policy must be refocused upon energy taxes, tackling corporate tax avoidance, and improving competition policy. Meanwhile, Andrew Lilico, Chief Economist of Policy Exchange, makes the point that the £100 billion required for deficit reduction cannot be made purely by taxing the rich in one year. This is not a solution anyone has suggested, but he uses this example in extremis to demonstrate his belief that raising taxes is not economically desirable. He concedes that it may be politically sage, however, as it is likely to foster acceptance of spending cuts.

Litmus is a special publication from leftfootforward.org, conservativehome.com and libdemvoice.org in which leading thinkers from across the political spectrum address six key questions facing Britain today.

8 Responses to “The second dimension of deficit reduction”