Patrick Diamond today writes about the importance of reconnecting with C1 and C2 voters, and targets southern England outside London as the key battleground. 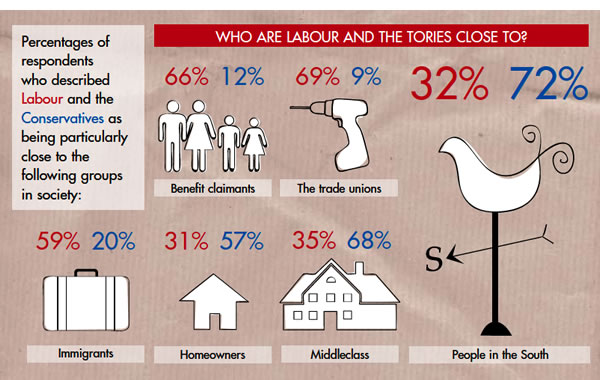 Former No 10 adviser Patrick Diamond has entered the debate over Labour’s strategy for electoral recovery with his article in the Financial Times today. In a jointly authored op ed with Giles Radice – author of the seminal 1992 Fabian Society pamphlet ‘Southern Discomfort‘ – Diamond says that the Labour party must win back disaffected southern voters if it is to regain power.

In the FT, Diamond writes:

“The leadership contest has hardly come close to forging a new southern strategy. True, the candidates have acknowledged the importance of the south – while also noting Labour’s poor showing in areas such as Lancashire and Yorkshire. But no one has yet grasped how disastrously Labour polled, with swings against of up to 10 per cent, and only 49 out of 302 southern and midlands seats remaining.

“Yes, Labour does dominate northern and Celtic Britain, but even this will not be enough to secure a convincing majority. It is also true that Labour lost ground among unskilled voters, as leadership contender Diane Abbott argues. But it will only restore its fortunes by winning back more white collar and skilled voters; those most strongly represented in the southern and midlands marginals.”

The FT article summarises a longer essay in the conference edition of Fabian Review (which features this graphic) and a longer pamphlet, ‘Southern Discomfort Again’ which will be published by Policy Network and the Fabian Society next month.

A YouGov poll conducted for the report suggests that Labour’s message has become scrambled. Just 32 per cent of southern voters were clear on ‘what Labour stood for these days’, compared to the 66 per cent who understood the Conservatives. And as the figure below shows, the Tories are seen as the party of the South, closer to the middle class and homeowners, while Labour are linked to trade unions, benefit claimants and immigrants.

Mr Diamond and Mr Radice insist on the importance for Labour of reconnecting with C1 (lower middle class) and C2 (skilled working class) voters. At first glance, the argument appears to rebut Ed Miliband’s expressed desire to recapture Labour’s traditional support base (DE and C2 voters). Though Diamond and Radice’s targeted groups may seem typical of the New Labour project, his analysis moves beyond this.

The middling classes are now, they insist, a different beast:

“In 1992, floating voters were aspirant and upwardly mobile. Today, they are far more cautious about their own prospects, prioritising security and a better future for their children.”

In spite of this, those polled do not necessarily see expansion of the public sector as the remedy for their ills – 47 per cent of southern voters believe that public spending under Labour was largely wasted and did not improve services. In a blow to Labour, the Conservatives are seen as the party most likely to deliver on fairness. Twenty seven per cent of those polled thought David Cameron’s party were more likely to “cut spending in a way that is fair to all”, while just 16 per cent thought Labour worthy of this description.

Diamond and Radice insist this is not a call for naked populism:

“It does not mean replacing policymaking with focus groups or slavishly pursuing the opinions of key voters.”

They just want Labour to “listen” to the electorate. After all, they argue, this is one of Labour’s essential political principles:

“Labour should aspire to be a national party with roots in every geographical and social constituency.”

Diamond’s figures should not be swallowed whole. For one, they fail to reflect the public’s ambivalence to cuts – previous poll evidence, in particular the Populus/Times poll last week, showed that three-in-four voters rejected the Coalition’s deficit reduction strategy. Furthermore, Labour’s lack of a leader must have influenced respondents’ failure to grasp the party’s message, a fact which Diamond neglects to mention. Nonetheless the YouGov findings will prove grim reading for party members.