The Government's axe looks like it will fall on the the frontline. It has been announced that there will be a reduction in the number of service men and women in order to save money, whilst continuing with massive defence procurement spending - drawing criticism from the Pentagon and the tabloid press alike. 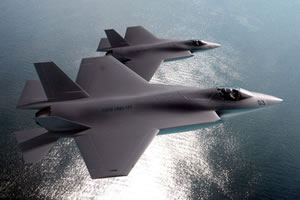 The Government’s axe looks like it will fall on the the frontline. It has been announced that there will be a reduction in the number of service men and women in order to save money, whilst continuing with massive defence procurement spending – drawing criticism from the Pentagon and the tabloid press alike.

Today The Sun accuses the Coalition of betraying Britain’s “frontline heroes”. US Defense Department officials too have warned the Ministry of Defence that swingeing cuts “could widen the transatlantic divide in military power and spending”.

As Paul Mason’s must read analysis of the internal debate between the Ministry of Defence, the Treasury and defence experts makes clear, the Strategic Defence & Security Review (pdf) is a “Treasury driven” process in which budget cuts are prioritised over strategic choices. As such, defence secretary Liam Fox looks set to make true on his June pledge to cut “ruthlessly and without sentiment” – even at a cost to frontline forces.

Coalition defence priorities continue to confuse. On the one hand, the Coalition looks set to favour the construction of aircraft carriers, the purchase of the Joint Strike Fighter, continued pursuit of the high cost and highly questionable Future Rapid Effetcs System (the American equivalent of which the Obama Administration has cancelled) and of course, the imminent renewal of the Trident nuclear deterrent. On the other hand, the MoD is preparing to scrap a full brigade of Army forces with units in the frame for cuts including the illustrious Ghurkas.

The quixotic nature of the Government’s defence spending priorities – particularly the emerging preference for procurement programmes over frontline forces – is sure to raise questions as to the objectivity and indeed validity of the forthcoming Strategic Defence & Security Review.

If it is indeed the choice of the Coalition to sack those fighting in Afghanistan rather then risk the anger of defence contractors, then serious questions must be asked as to the Government’s commitment to British defence as opposed to British defence spending.