Recent announcements of the coalition government’s cuts are to dramatically worsen the plight of Britain’s poorest and most underprivileged children, new research reveals. 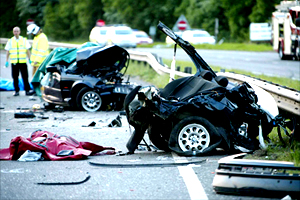 Recent announcements of the coalition government’s cuts threaten to significantly worsen the plight of Britain’s poorest and most underprivileged children. New research highlights how the inequitable nature in road safety afflicting children from the poorest parts of the country is set to get worse.

The Road Safety Analysis group found children from the poorest wards in Britain are disproportionately more prone to being the victims of road traffic accidents. They concluded that the riskiest area in the UK is Preston, where one child in every 206 is likely to be involved in a road collision annually.

Kensington and Chelsea is the safest place in the UK, with a risk of only one in 1,158. The national average is one in 427 children is injured or killed in a road accident each year.

Cuts announced by the coalition government to the Road Safety budget – amounting to £38 billion – will only exacerbate the situation and increase the danger on roads and highways in Britain’s poorest neighborhoods. Added to this, the government has also ceased central funding for speed cameras, with the result that councils up and down the country are being forced to majorly scale back or even scrap their speed enforcement measures.

There are 6,000 speed cameras in the UK. The financial sustainability of the system is now at serious risk. This year’s road safety budget is being cut by a shocking 40 per cent. This is made up of a 27 per cent cut to the revenue grant (with £20.6m being taken off a promised £76.7 million) and a 100  per cent cut to the capital grant (£17.2m). Both grants fund the maintenance and improvement of the speed cameras network.

These cuts are a reckless move by the coalition government, which undermines their claims to be following a progressive agenda. All the evidence points to the effectiveness of speed cameras in cutting road safety deaths, with Richard Allsop, professor of transport studies at University College London, stating there have been “substantial reductions” in casualties in the first five years of the roll-out of cameras:

“There is a bit of statistical debate about exactly how many, but the picture of a substantial reduction is quite undisputed and it’s consistent with measured reductions in speed at camera sites.”

Abolishing speed cameras (which in effect the government is doing) will impact upon all parts of Britain, but particularly for those in deprived and disadvantaged areas. Children in poorer areas tend to reside in urban conurbations, and will walk and cycle more often than their affluent peers. Their safety cannot be jeopardised, and society must be firm in opposition to what is one of the coalition government’s most socially regressive actions to date.

To further dismay, it is widely believed that Philip Hammond is set to reject an independent and expert review into reclassifying the permitted drink-driving limit. The review, led by Sir Peter North, proposed as one of its key recommendations that the drink-drive limit be reduced from 80mg per 100ml of blood to 50mg. This is the same limit that applies in France, Germany, Italy, The Netherlands and Spain.

Other measures included introducing random breath-testing of drivers, taking away the right to have a second breath test conducted at a police station, reducing the limit to 20mg for new drivers, and bringing in a new offence of driving with an illegal substance in the bloodstream that impairs the ability to drive. Collectively, these measures could save as many as 300 lives per year.

The transport secretary has also dismissed the idea of a blanket reduction of the speed limit in built-up areas to 20mph. This is a key measure advocated by Brake, the road safety campaign, to reduce the risk for children who live in urbanised and built-up areas. At the very least, these measures should be debated in parliament.

Road safety has markedly improved in recent years. However, the current government’s early decisions on the issue are set to reverse that trend. The stakes are high, and lives are at risk. Their actions should be vigorously opposed by anyone who aspires to improve road safety, cut deaths, and safeguard children, especially the poorest, from the dangers of Britain’s concrete arteries.