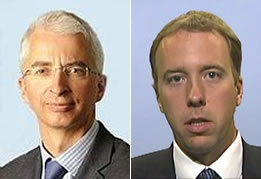 Whilst yields have fallen across the curve, this is not necessarily the result of Mr Osborne’s budget.

They have more than halved, despite Barack Obama not only not cutting now but actually proposing a further stimulus. There is no evidence for Mr Hancock’s claim that the Chancellor’s policies have reduced interest rates.

“Interest rates on borrowing for 2 years or 3 years – the sort of rates fixed mortgages are based on – have halved. That’s a huge economic boost to families and businesses up and down the country.”

However Bank of England data shows that three-year fixed mortgage rates have only fallen from 4.68 per cent in March to 4.38 per cent in August. Whilst this fall is of course welcome, it is not as large as Hancock suggests.

On a typical £150,000 mortgage it represents an annual saving of £450 annually, easily swallowed by the £500 per household hit from the increase in VAT.