One issue yet to be dissected by contenders to the Labour crown is taxation – and more specifically its principles. We may still be licking our wounds from one of our worst electoral defeats in history, but timidity is no recipe for renewing and building a revitalised progressive force to counter the growing threat posed by the ConDem coalition government. 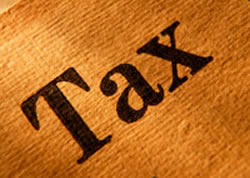 One issue yet to be dissected by contenders to the Labour crown is taxation – and more specifically its principles. We may still be licking our wounds from one of our worst electoral defeats in history, but timidity is no recipe for renewing and building a revitalised progressive force to counter the growing threat posed by the ConDem coalition government. We need to be as radical as we are ambitious.

The big challenge is to set out our vision for society. Integral to that is the tax system. So far the leadership roadshow has largely ducked the opportunity to engage in a genuine debate about the nature of tax. We cannot miss this moment to realign the economic debate in favour of progressive ideals.

Four principles should inform any new tax system for the left. Firstly, it must be progressive. This means seriously re-considering the merits of personal allowances. Analysis conducted by Left Foot Forward has demonstrated the regressive nature of income allowances, which provide a universal and indiscriminate tax cut for all earners. Middle to higher earners gain disproportionately more from this.

The coalition government’s recent announcement for an increase next April will only further increase this tax subsidy. A radical alternative is to abolish them altogether, or reduce them to a lower level, while introducing greater marginality in higher rates. The current system is arguably too flat, with individuals earning £8,000 paying the same 20 per cent rate on their tax liable income as someone earning £40,000.

A more progressive system would be to have lower and more variable rates for differential income, i.e those earning between, £5,000-£10,000 have a 2 per cent rate, £10,000-£15,000 5%, £15,000-£20,000 10% etc. These extra marginal rates for lower earners could be funded through the abolition of universal allowances. And to ensure part-time workers, or those on very low incomes do not lose from this new system, appropriate changes can be made to benefits and tax credits.

Social justice is equally important. Taxation is one of the most powerful ways in which to shape socio-economic relations. We need to ensure that any new system does more to help the weakest and poorest in society. One of the ways we can achieve this is replacing council taxes with a local income tax. Council taxes are highly regressive, as they hit lower-earning households harder as a percentage of their income. A local income tax would be an effective and efficient way to account for wealth.

To make this policy even more progressive, councils representing poorer districts and regions could be given a grant by central government to encourage them to have lower rates of income tax than the national average. Another idea is for 1 per cent of the bank bailout when repaid to be put into a national endowment fund for poor communities to access.

Public support for taxation is crucial in preventing alienation and disenchantment. The system needs to speak to people’s basic sense of fairness. This means capital gains tax should be fully aligned with marginal income tax rates, thereby abolishing any discrepancies and avenues for tax avoidance. Capital gains are merely another form of income and no strong argument exists for its differential treatment. The scale and nature of the cuts planned by the coalition government will disproportionately hit poorer households more. This cannot be right or fair.

Those who were bailed out by the government, or those who have done well in the good years should be expected to make a more considerate tax contribution. A fair system will have a bigger banking levy than the £2bn currently planned, a wealth tax in the form of a mansion tax (as argued by Left Foot Forward), and a financial transactions tax, ideally coordinated internationally, but done unilaterally if not. Previous analysis has demonstrated this can be done without harming individual countries’ economies.

The final principle to shaping a new tax system is competiveness. Taxation should be used to forge a stronger, just and more sustainable economy. Our economy is grossly imbalanced and heavily dependent on a few industries. We are vulnerable. We can change this through introducing tax incentives and measures to generate a more dynamic and resilient economy. We need to move wealth outside of London and the south-east.

Lower business rates and start-up costs in poorer areas could help generate economic opportunities in hitherto non-investable areas. The Tory plan to discount National Insurance employer contributions for the first 10 employees up to a value of £5,000 for new companies has merits. However, cutting corporation tax at the expense of capital allowances and abolishing Regional Development Agencies is highly damaging. We should be nurturing growth industries, not hurting them.

Sweden successfully cut its deficit in the mid-nineties by prioritising investment in human capital and potentialities. Education, skills and jobs helped Sweden not only to tackle its deficit on schedule but actually accumulate a budgetary surplus. They also enjoyed the highest growth figures of all OECD nations in the past decade, and weathered the latest financial crisis better than most.

That is why it is astonishing the coalition government are cutting this year and dramatically scaling back key human capital projects in education, skills, sciences, and our growth sectors. We should not be abolishing the Building Schools for the Future programme, Regional Development Agencies, Child Trust Funds, reducing manufacturing and investment allowances, cutting the science budget, and scraping the 50p phone line tax for super-fast next generation broadband and capping housing benefit. All of these will impact on human potential and future growth.

Even right-wing think-tanks have come out in recent days to criticise the chaotic and disjointed nature of the planned cuts. This can be a moment for the centre-left, but only if we have a vision for society. And taxation will be key to that. So let’s put it on the agenda.