The Conservative right is becoming increasingly exercised about what they are calling the “landmine” of the government’s equality legislation. 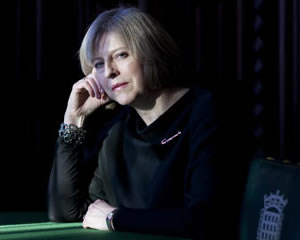 The Conservative right is becoming increasingly exercised about what they are calling the “landmine” of the government’s equality legislation.

Theresa May wrote to George Osborne and other collegues ahead of the Emergency Budget to remind ministers of their legal responsibility to show that the impact of decisions on disadvantaged groups have been considered. (This is also, of course, one of the core political commitments of this government, given its commitment to “progressive austerity”).

The Fawcett Society has begun legal action which will find out whether the government did undertake an assessment of its budget’s impact on women. House of Commons library analysis has suggested women were disproportionately affected by the Budget.

Fraser Nelson, editor of The Spectator, has blogged comparing Treasury minister Mark Hoban’s serial refusal to answer the question this morning to the famous Paxman-Howard Newsnight interview. Nelson says that the hapless minister’s ordeal “was more than car crash radio”:

When Labour retreated, it sewed several landmines in the political territory it was about to cede. One of them was Harman’s Equalities Act, which mandates government “to consider how decisions might help to reduce inequalities associated with socio-economic disadvantage”…

Their calculation was that if they did this quietly enough, and in technicalities, the Cameroons would not wise up to it because of their aversion to detail. Cameron should have repealed the Equalities Act instantly.

The “equality landmines” language had earlier been coined by Nelson’s Spectator colleague Peter Hoskin, noting that: “in highlighting this, May was only doing her job”.

But there is a major political problem for those on the right who would challenge the Equality Act. It is indeed part of the Labour government’s legacy – but it is also (in theory at least) part of the new “progressive” centre-ground of British politics. If Nelson’s analysis does represent the Tory view of the Equality legislation, it is an argument which can not speak its name.

The final reading of the Bill in the Commons was passed by 332 votes to 8, with only six Conservative MPs opposing it. Phillip Davies, Mark Pritchard, Ann Widdecombe and Nicholas Winterton were the only Tory refuseniks, with Peter Bone and Philip Hollobone acting as tellers. They were joined in the no lobby by Dai Davies (Labour) and the DUP trio of Jeffrey Donaldson, Nigel Dodds and Sammy Wilson.

The Conservatives did vote against the Bill on second reading but Theresa May stressed on final reading that this did not signify opposition to it, but was rather on a “reasoned amendment”, which had in fact emphasised several areas where the Bill should have done more to reduce inequality.

Nelson puts the failure to spot this “landmine” down to a lack of attention to detail among the Cameroons, yet he is in fact challenging a central and deliberate part of the Tory leader’s “brand decontamination” strategy.

As for the Liberal Democrats, their only substantive criticism was that the Equality Bill did not go much further. Lynne Featherstone, now Equality Minister, could hardly now accept a u-turn on what she told the Commons last year:

“My party welcomes the Bill and the way that it brings all sorts of legislation together. We oppose the Government on almost nothing in it, but believe that it should have gone further. I have great concerns that the things that were not included in the Bill, or in respect of which the Bill does not go far enough, will not see the light of day if there is a change of Government.”

The Coalition government has two options. It could accept and uphold the legal obligrations on the government now has, as Theresa May advises her colleagues they must do. As well as fulfilling their legal duties, this would politically make them “heirs to Harriet Harman” – and so part of a new centre-ground consensus that reducing inequality is a core responsibility of government.

If the Coalition rejects these legal obligations as inappropriate, then it must surely take Fraser Nelson’s advice – “Cameron should have repealed the Equalities Act instantly” – and declare its intention to repeal the legislation. The Conservatives could then return to the Thatcherite argument that “equality is a mirage”, or at least make the case that inequality will trickle-down to the poor in the end, bringing much rejoicing in the Coffee House as repentant centrists see the true blue light.

Were the Act simply a “scorched earth” piece of politically correct nonsense from an out-of-touch outgoing administration, couldn’t a new administration simply accept the grateful cheers of the nation for a restoration of common sense by striking it from the statue books. But they surely can not be for the Equality Act and against it at the same time. Politically, that is simply howling at the moon.

The idea that budgets will be made in the courts and not by elected politicians is rather mythologised. The government will need to show that it had a process which ensured the equality impact was studied seriously. The downside is political embarrassment if it comes to light that policy decisions were made when others would have been fairer.

The Coalition don’t have the votes, since the Tory right is not about to march the Liberal Democrats through the lobbies to repeal the Equality Act. But this is not just about the facts of Coalition life. It is very difficult to see that the Tory right would prevail on this with a Tory majority government. The Tory frontbench does not agree with them or, at least, to the extent that it does, it can not say so publicly.

Lynne Featherstone had also, on Second Reading, specifically argued that the public duty measures in the Bill were“very weak” and should have been stronger – particularly to ensure that a future government could not simply pay lip service to the idea of inequality:

“These are uncertain political times, and it causes me concern that future Ministers might be anti-equality. Powers left to a Minister in future will be powers for a Minister to undo what has been done today, if they should, by any chance, not share an equal conviction in the equality legislation …  It would be easy to knock the proposed measures, as we heard to some degree from the Conservatives.

“However, legislation in the equalities field has been the advance guard of change … [We have to change the culture] … The Bill is an important foot solider in that regard. It sends out a clear and determined message about how the world will have to change. However, legislation must will the means, not just the ends, and we have to ensure that what we put down in law is matched by the will and resources to ensure its delivery.”

Now that Featherstone has responsibility for this policy area, it is inconceivable that she would accept the government arguing that these legal responsibilities are too onerous.