While the swivel-eyed TaxPayers’ Alliance and Policy Exchange continue to have a go at Professors Wilkinson and Pickett - authors of ‘The Spirit Level: why equality is better for everyone’ - at least some on the right seem to have been listening to the independent academics. 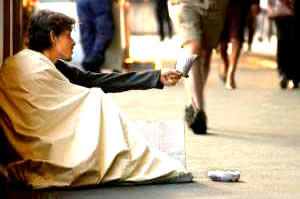 While the TaxPayers’ Alliance and Policy Exchange continue to have a go at Professors Wilkinson and Pickett – authors of ‘The Spirit Level: why equality is better for everyone’ – at least some on the right seem to have been listening to the independent academics.

“Compelling new evidence presented by The Equality Trust shows that more equal societies – those with a narrower gap between rich and poor – are more cohesive, healthier, suffer fewer social problems and are more environmentally sustainable.

“In view of these findings I am committed to making the UK a more equal society as the most effective means of building a better society.

“I will therefore actively support the case for policies designed to narrow the gap between rich and poor; and engage with the debate on which measures should be implemented to achieve that aim.”

In all, 35 Tory candidates at the last election signed the pledge, including Philippa Stroud, PPC for Sutton & Cheam and the former head of the Centre for Social Justice – currently work and pensions secretary Iain Duncan Smith’s special adviser.

Whether their pledges are worth the paper they’re written on, however, reamins to be seen. None of the Tory MPs voted against the Finance Bill which will increase inequalities overall through the VAT rise, massive public spending cuts – which will hit Britain’s poorest families six times harder than the richest – and the regressive changes to the tax threshold, which would give more to richer households than poorer ones, among other measures.

It seems our piece has ruffled a few feathers among our friends in the Tory Party. On Conservative Home, Tim Montgomerie, in a piece titled ‘You cannot lift the wage earner by pulling down the wage payer’, wrote:

“I’m disappointed to read on LeftFootForward that eleven Tory MPs have signed ‘The Equality Pledge’ that includes these words, ‘I will therefore actively support the case for policies designed to narrow the gap between rich and poor’. The eleven egalitarians on the blue benches are…

“I’m worried about this idea that conservatives should actively support policies that narrow the gap between rich and poor but before rushing to judgment I wonder what the eleven signatories had in mind? Are they thinking of equality of opportunity policies that might naturally, but not necessarily, reduce inequality.

“I hope they will seize an early opportunity to reject income caps and confiscatory taxes that the many Left-wing MPs who signed the pledge probably envisage. Such policies may produce more inequality but I fear they would also produce a poorer, greyer and jobless Britain…”

When asked if he would offer the “eleven egalitarians on the blue benches” the “chance of writing an article for conhome explaining what they mean by their pledge”, Tim replied:

We await with bated breath!

16 Responses to “First XI: The Tory MPs committed to narrowing the gap between rich and poor”