They just don’t seem to learn. Barely a week after appointing famed billionaire tax avoider Sir Philip Green to advise the Government on cost-cutting, the Tories have been at it again, trying to appoint multi-millionaire tax exile David Rowland as Tory Party Treasurer. 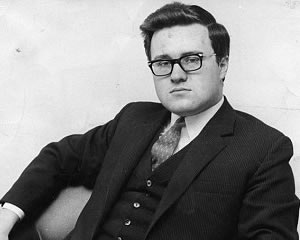 They just don’t seem to learn. Barely a week after appointing famed billionaire tax avoider Sir Philip Green to advise the Government on cost-cutting, the Tories have been at it again, trying to appoint multi-millionaire tax exile David Rowland as Tory Party Treasurer. The Daily Mail got it right for once by running a series of stories on Rowland to ensure that yesterday afternoon CCHQ spiked the appointment, hours before it was scheduled to be announced.

Rowland, who is estimated to be worth £730 million, had lived in tax-haven Guernsey, but returned to the UK for the past year so he could legally make donations of £2.7m to the Tory party in the run up to this year’s election.

Even Conservative Home criticised CCHQ’s handling of Rowland’s botched non-appointment, saying “big questions need to be asked about failing to carry out due diligence on this appointment”. However, they didn’t complain when the appointment was announced on June 25th.

Back then, Rowland said:

“It is a tremendous honour that David Cameron has asked me to take on the role of Treasurer to the Conservative Party after Conference.”

Honestly, though, you’d think that after all the furore of being bankrolled by tax avoider Michael Ashcroft, the Tories would have learnt their lesson. Apparently not. Just what is it about the super rich that makes them think they don’t have to pay their fair share?

“…it must be right for any British people in prominent positions in public life to be firmly resident and domiciled for UK tax purposes.”

Elsewhere, Lib Dem MPs Roger Williams and Mike Hancock expressed concern about the appointment, with Williams arguing Green’s tax arrangements should be studied by the Treasury and HMRC adding that Green’s appointment showed that “rich people can arrange their financial affairs with a great deal more latitude”, while Hancock stated that “anyone who avoids tax (should) be tackled firmly” and that he was “surprised that Clegg would want to appoint someone like that to advise him”.

No doubt when he returns from his ‘austerity’ holiday, David Cameron will be at pains to remind Britons that ‘we’re all in this together’. But the Tories’ obsession with appointing tax avoiders to high-profile positions exposes the hollowness of Cameron’s lofty words.

21 Responses to “Another week, another Tory tax exile – only this time the Daily Mail sinks him”