The culture secretary Jeremy Hunt is aiming to end the UK's digital divide; yesterday, he outlined his forthcoming plans to consult the telecoms industry on how to provide high-speed broadband access to all the UK. 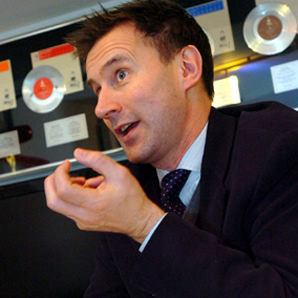 The culture secretary Jeremy Hunt is aiming to end the UK’s digital divide. The Guardian yesterday outlined his forthcoming plans to consult the telecoms industry on how to provide high-speed broadband access to all the UK. Mr Hunt’s efforts follow on from a call by the EU for half of all households to have super-fast broadband by 2015.

Given government spending cuts, a creative solution is required. The industry as a whole is reluctant to invest in those places which are not currently connected since they are not commercially viable. The £300 million made available by the government is a small fraction of the investment required.

Without spending billions of pounds Mr still has a number of policy options which won’t adversely affect the deficit:

• The government has already talked about reducing the cost of digging up the road to lay connections – what contractors call reinstatements – by allowing alternative providers to lay cable in current BT ducting.

This will provide an incremental improvement for those alternative providers rolling out their own last mile networks.

Taking business rates off optical fibre would make it cheaper to run high speed broadband services to both rural and urban households. It would also allow existing laid, but unused optical fibre to be brought into service.

• Taking the process a step further and bringing in a graduated business tax on copper cable would refocus the infrastructure investment programmes of incumbent telecoms service providers to get with the government’s plans.

The scrapped copper could still be worth in the region of £4.50 per kilogram taking some of the sting out of the optical fibre rollout.

• The auctions for 4G wireless spectrum that will come up in the current parliament give the government an opportunity to push the reset button on mobile broadband provision and include universal service criteria in order to help get broadband to where it is needed. There is a second incentive for this as the government is unlikely to get anything like the 22 billion pound windfall achieved from the auction of 3G spectrum in 2000.

This would also require the government to provide a mechanism for railroading through planning approval for mobile telecommunications masts; something that won’t sit well with activists in many Conservative constituencies.

In conclusion, whilst Jeremy Hunt may not have billions of pounds to provide a carrot for the telecoms industry, he still has a number of options to provide the stick as an incentive for broadband Britain; whether the government have the courage to take this course of action remains to be seen.

9 Responses to “Hunt for super-fast broadband”