It would be all too easy for the Government to choose to do nothing in the face of a vocal minority; something which will only lead to the Green Deal failing. 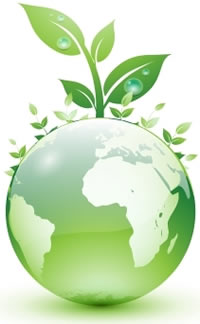 Last week The Times reported a further development in the coalition Government thinking on the Green Deal – the flagship Department for Energy and Climate Change (DECC) programme currently under development that will seek to improve the energy efficiency of existing homes. The article propagated follow up coverage on the websites of the Telegraph and the Daily Mail (twice).

The second piece in the Daily Mail is of particular interest. From the quote by the TaxPayers’ Alliance, full of cliché and misrepresentation, it is clearly evident there are no justifications based on fact and evidence supporting the case against nudging home owners to improve their property.

The Government is investigating how they could alter stamp duty to drive home owners to take up energy efficiency measures when they buy a property. The proposal under consideration is to target those properties that are the worst with this measure. Properties such as those that fall into a band F or G on an Energy Performance Certificate (EPC) are incredibly inefficient – they are the worst of the worst in terms of energy efficiency and they make up 20 per cent of the British housing stock – just under five-and-a-half million homes.

The suggested reforms to stamp duty are a tax – in part. There is not disagreement that this is a stick. It is also a significant carrot. Refunding of 1 per cent of the stamp duty levy for undertaking some relatively painless improvements to the property so it reaches a band E on an Energy Performance Certificate isn’t a particularly onerous burden on new homes owners who are likely to want to undertake some work on the property before they move in.

The Energy Saving Trust recently released their analysis into F and G rated properties. They have shown that a large majority of these F and G homes will cost under £3,000 to upgrade to a Band E. Under the Green Deal, there would be no upfront cost to the homeowner. They would benefit from the incentives, reduced running costs for their home and will have contributed towards reducing carbon emissions.

It has been obvious for many years that current incentives for improving the energy efficiency of existing homes have been ineffective in delivering especially in the absence of a coherent programme of delivery.

There are three choices ahead for the Government on driving uptake of energy efficiency in existing home to achieve the carbon budgets:

• They can incentivise property owners through a suite of financial measures designed to stimulate the market at various trigger points for retrofit from 2012 onwards;

• They can mandate a minimum standard of energy efficiency for all tenures from 2012 and ban the sale of a property that fails to meet this standard; or

• They can do nothing and see the Green Deal fail in the face of poor take-up.

The success of the DECC flagship programme is dependent on the introduction of incentives such as reforms to stamp duty and rebates on council tax. Climate change and energy secretary Chris Huhne and Gregory Barker, Minister of State at DECC, should be applauded for choosing to incentivise homeowners with a combination of carrots and sticks.

It would be all too easy for the Government to choose to do nothing in the face of a vocal minority; something which will only lead to the Green Deal failing.

6 Responses to “Green Deal without ‘nudges’ will fail”